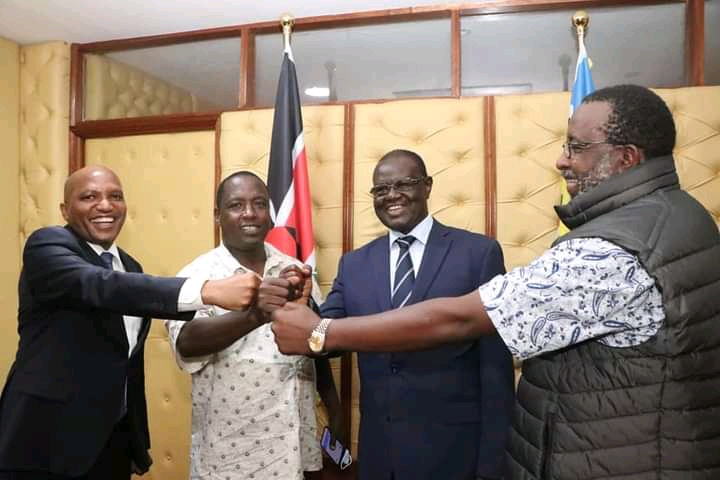 “This evening, Senator Mithika Linturi and Imenti Central MP Moses Kirima Ngushine paid me a courtesy call where we decided to work together as a team to steer the dream of making Meru great” Governor Kiraitu Murungi informed. 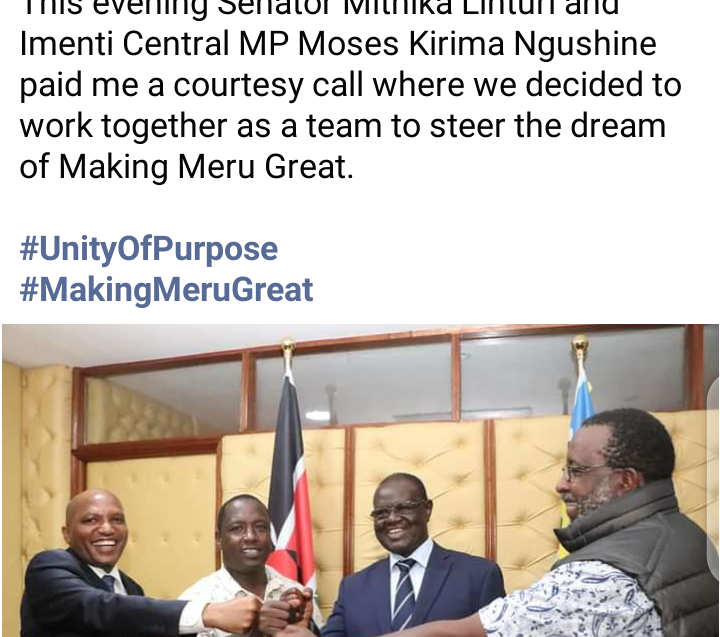 Political pundits have already indicated that Senator Linturi might be drafting an unannounced exit signal from Tangatanga camp to chill heels in Raila’s Azimio la Umoja.

Notably, if Senator Linturi’s association with Meru Governor Kiraitu Murungi will add a political bonga point to Raila’s presidency, the DP Ruto who is keen at tapping all the votes in Meru county will be forced to rush back on the drawing board to the penetration channel into the region ahead of 2022 election.

DP Ruto has today camped in Nyeri county where he finalized his three-days empowerment tour and later rented the outskirts of Laikipia county to sell bottom-up agenda.

Senator Mithika Linturi Accused Of Sneaking Into Couple’s Hotel Room, Pretending To Be Woman’s Husband To Get Sex