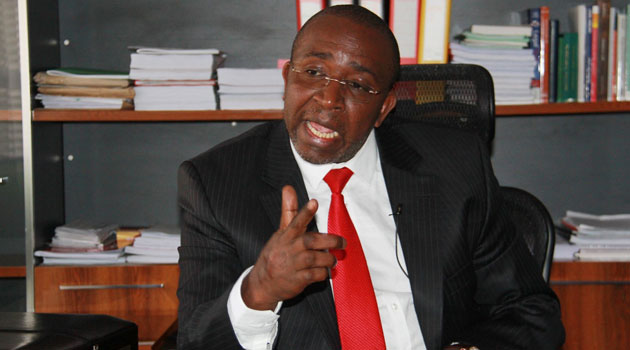 Meru Senator Mithika Linturi is in trouble for allegedly sneaking into a couple’s hotel room and pretending to be the woman’s husband before jumping into bed.

Linturi, who is facing a nasty divorce case that has gotten public attention, is being accused of attempted rape and has moved to court to block the case.

According to police documents,  the woman reported that she was with a husband and friends at Maiyan Villas Resort Nanyuki on January 29 2021.

She said that she retired to bed early that night but did not lock the room because hubby was still out. At around 3 am, with the lights off, a man came in and joined her in bed.

Because the lights were off, she assumed it was her hubby as the man started touching her.

However, according to the woman, the man she thought was her husband, never uttered a single word while he inappropriately touched her and later, they both fell asleep.

“Thirty minutes later she heard a knock on the door and went to open the door only to find her husband standing at the door prompting her to switch on the lights since she was confused who was in her bed whom she thought was her husband,” the statement reads in part.

The hubby was angry and started a commotion which attracted other people in the hotel.

Their friends who were with them in the hotel came to investigate and one of them identified the stranger as Linturi.

It was established that the senator was also a guest in the resort and had a room adjacent to the couple’s room and it’s not clear if the legislator confused his villa with that of the couple.

The woman further claimed that the politician decided to settle the man by giving them Ksh 200, 000 in cash and a cheque of Ksh 800,000 but later reported them for extortion.

The couple decided to file their complaint of attempted rape and indecent act with an adult against him which he may be charged with if the DPP approves the charge sheet.