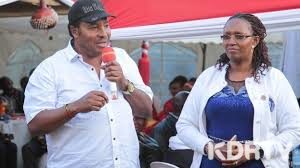 The Ethics and Anti-Corruption Commission (EACC) has been investigating allegations of irregular procurement of a tender for the upgrading of various gravel roads in Kiambu county, awarded to M/s Testimony Enterprises Ltd worth Sh588 million during the financial year 2017/2018.

The EACC said it has evidence that Mr Waititu bought and most of the properties including Delta hotel in Nairobi were obtained from funds acquired corruptly.

Waititu denies all allegations leveled against him, in recent interviews the Kiambu Governor insists that all property said to have been acquired through proceeds of crime were bought long before he became a Governor.