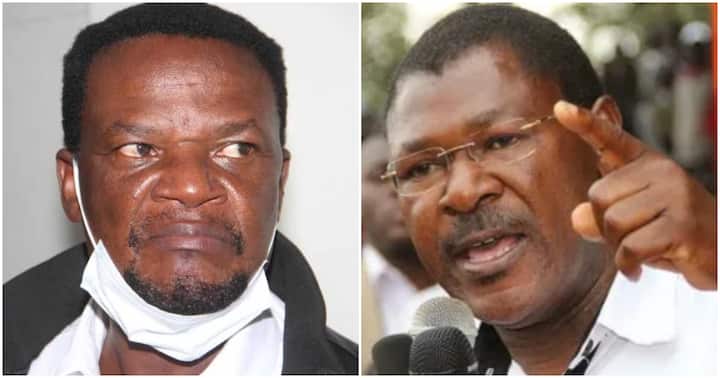 The outspoken politician, who has been at odds with Bungoma senator Wetang’ula for more than two decades, stated he would rather go to hell than go to heaven with Wetangula.

“If we were on a path that leads us to heaven and I happen to see Moses Wetangula in our midst, I would rather take a different route even if it takes me to hell,” Waluke said as quoted by Tuko.

The feud between the Waluke and the Wetang’ula began during the presidency of late President Daniel Moi and was expected to cease after the 2013 General Election, when the Sirisia Constituency was split into two (Kabuchai and Sirisia constituency).

The enmity between the two was reignited just two years after the 2013 General Election, and it has been growing ever since.

Waluke says that it was the Bungoma senator who fixed him in the NCPB scandal that saw him jailed for 3 months.

Waluke and Grace Wakhangu, his co-director at Erad Supplies Company, were found guilty of defrauding the National Cereals and Produce Board KSh 290 million.

The Sirisia Member of Parliament recently defected from Deputy President William Ruto’s United Democratic Alliance to join Uhuru’s Jubilee party, a move that is believed to have been sparked by the Wetangula’s pact with the second in command.