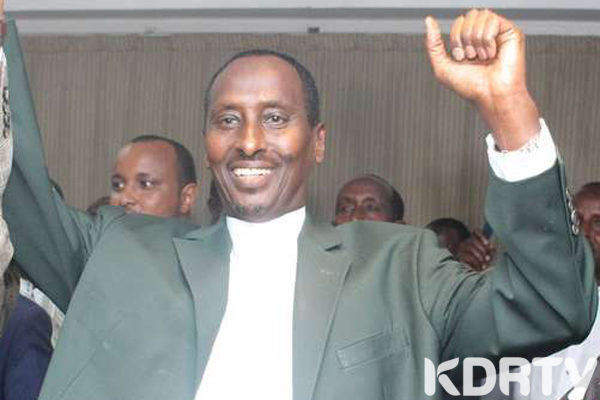 The Wajir Governor Mohammed Abdi Muhamud has become the first governor to lose his seat whereby his victory was nullified by The High Court in Nairobi on Friday .

In the ruling, the court said that Governor Muhamud was not validly elected since he was not properly cleared to run for the seat and the elections experienced alot of irregularities thus rendered his election to office invalid, null and void.

In a petition filed by Ahmed Abdullahi, the court further noted that Muhamud did not hold a degree as required. Additionally, the court observed that there were irregularities with some of the ballot boxes from polling stations having been re-opened after they had already been sealed which raised unanswered questions concerning the credibility of the elections.

Delivering the ruling, Justice Fred Mabeya additionally indicated that many voters were assisted in voting thereby compromising the integrity of the process and consequently results. The court noted that there were alterations in some forms as well yet there was no countersigning as a form of explanation as required by law.

Consequently, the court said that many forms were not genuine; either photocopies with no watermarks or printouts and did not explain where the originals were which compromised the whole process. “In totality, the court hereby finds that the petitioners have succeeded in convincing the court the election was not conducted in a free and fair manner,” Justice Mabeya ruled.

After giving the ruling, Mabeya has since ordered by election to be held in accordance with the electoral laws and the constitution. However in the meantime the Speaker of the County Assembly takes over for the next 60 days before the election.

It is on record that the Wajir Governor will be the first governor to lose his seat following a nullification by court. Some petitions challenging governors’ win have been dismissed due to lack of evidence the recent one being Former Kisumu Governor Jack Ranguma’s case against Governor Anyang’ Nyong’o’s win which was upheld by a Kisumu court.