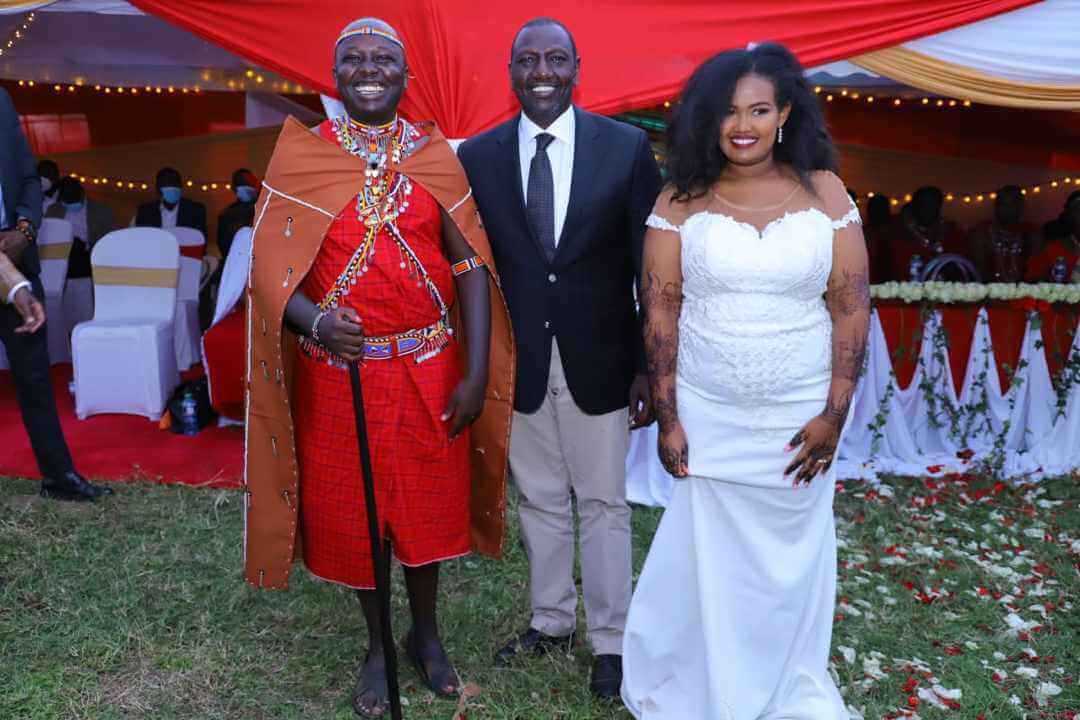 (KDRTV) – There is no doubt that DP William Ruto is a high-octane politician, who believes in selling his ideologies directly to the people. The DP has never shied away from political rallies and meet-the-people tours.

He demonstrated this on Saturday as he toured four counties in one day. Ruto started his day at Chesumei in Nandi County where he attended a church service. He was accompanied by Nandi Governor Stephen Sang.

After Nandi, the DP boarded his chopper for Bungoma County to attend the burial of Kabuchai MP Lusweti Mukwe. Ruto eulogized the fallen lawmaker as a faithful force for development and cohesion.

“We will remember him as an astute and progressive leader who was influential in the transformation and unity of the Western region,” the DP said in his eulogy.

He also donated Ksh 5000,000 as school fees for the late MP’s family. Mukwe is survived by 3 widows and all their children are in school.

After Bungoma, Ruto boarded his chopper again this time to attend the burial of former Cabinet Minister Joe Nyagah in Embu County. The DP and Nyagah were part of the famous ODM Pentagon in the run-up to the 2007 elections.

“We will remember him as a progressive, selfless, and tireless leader who took singular pride in service to the public. Our thoughts and prayers are with the Nyagah family and their loved ones during this time of sorrow,” Ruto said.

We have lost a dedicated, vocal, responsive and development-conscious leader. Mheshimiwa Joseph Nyagah was charming, dependable and a devoted champion for a cohesive, inclusive and transformed Kenya. pic.twitter.com/naZMTaL5AG

It was almost dark when Ruto arrived in Narok county for the wedding of Narok South MP Ole Lemein Korei’s son. Here he was joined by Gatundu South MP Moses Kuria and a host of Maa leaders.

The DP clarified his endorsement of Labour CAS Patrick Ole Ntutu to be next Narok Governor. He urged the Purko clan to sit down and agree on one candidate ahead of the 2022 elections.

Subscribe to watch latests videos
In this article:2022 Politics,Headlines,William Ruto