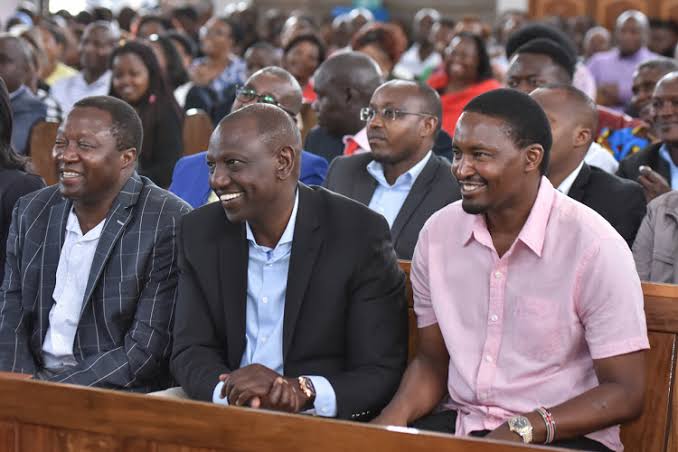 Kiunjuri embraced the coalition while speaking to the media, but noted that he has had no meaningful negotiations with DP Ruto or the UDA party.

“You already know who my friend is but we’ve never had any serious discussion with him. I have not discussed anything with UDA on the way forward and we said clearly that this kind of discussion will only ensure if we respect each other, that anyone who wants to discuss with TSP must acknowledge that our party is a strong party if there is no respect to each part TSP is ready to go independent.” The former CS stated.

Kinjuri was addressing the media to respond to Jubilee Vice-chair David Murathe’s comments that TSP had joined Azimio la Umoja coalition, which is allies to ODM leader Raila Amolo Odinga.

“We are disturbed that some people have released statements on behalf of TSP, suggesting we are in talks or have joined Azimio. I want to make it very clear that we’ve never had talks with Azimio or any of their leader, we’ve never opened that chat with them and we are not ready in opening any conversation with any party for now,” Mwangi Kiunjuri remarked.

This comes just a week after Kiunjuri announced his candidacy for the Laikipia East parliamentary seat in the August 9 elections, promising to complete development projects that stopped after he left office between 1997 and 2012.

Subscribe to watch latests videos
In this article:Mwangi Kiunjuri