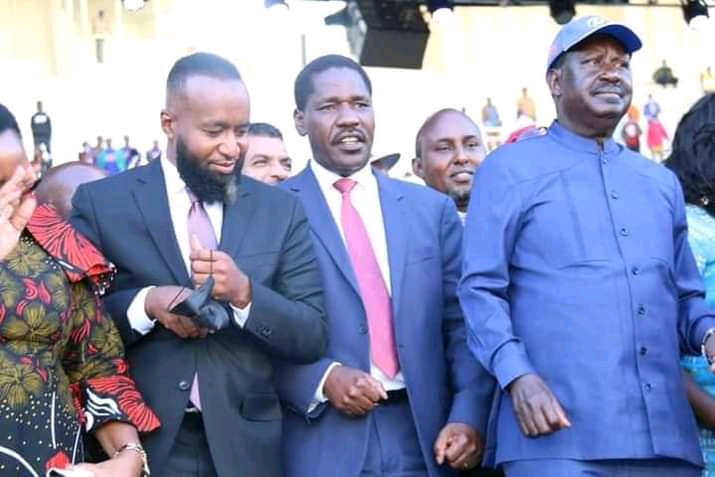 Governor Kibwana lamented that he had informed Raila and Mombasa Governor Ali Hassan Joho on the plans of exploring a coalition with the fringe parties in the efforts of dubbing more votes in Azimio la Umoja outfit but his suggestion was turned down.

“I had asked Mr. Odinga to call parties who wanted to explore a coalition with Azimio la Umoja in advance at the Kasarani meeting during the Azimio la Umoja convention on Friday, 10th December, I had also asked governor Joho on the same during the 7th devolution conference in Makueni. Both said it was a good idea. However, it was turned down” Governor Kibwana said.

Machakos County Governor Alfred Mutua who also snubbed Raila’s Azimio la Umoja convention has slowed down his support on Raila’s presidency. Mutua has indicated that he might enter into fresh pre-election agreements with DP Ruto ahead of 2022 general election.

Mutua was crowned the “Best Governor of the Years” for 2021 on 9th December 2021 where the event was graced with notable leaders drawn across the Africa Continent. He was accompanied by Narok Senator Ledama Ole Kina.