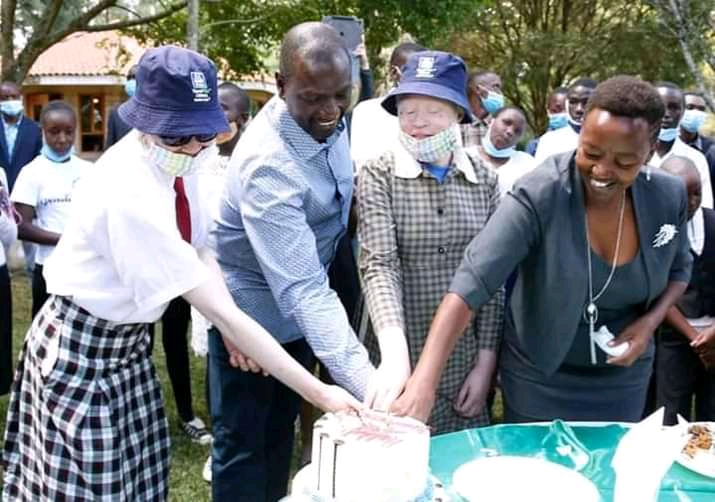 Deputy President William Ruto is currently in Coastal Region revamping and re-shaping his political networks in the region.

DP Ruto has enticed plans to impute and implement the bottom-up economic approach into the hustler nation’s government that will hopefully uplift the lives of vulnerable families in the societies and deface the poverty line between the rich and the underprivileged people across the country.

“With Bottom-up economic model, we shall be able to revive the country’s ailing economy. Hustler Nation government will allocate over ksh50B that will be availed to local traders and micro, small and medium business enterprises to acquire financial boost at lower interest rates that will expunge the Credit Restriction Bureau (CRB) from the market” DP Ruto said.

However, away from bottom-up, the second in command DP Ruto is also set to celebrate his 55th Birthday tomorrow, Tuesday, 21st December 2021.

Hustler Nation umbrella is expected to shower DP Ruto will a hive of birthday wishes from all corners of Tangatanga camp ahead of 2022 general election.

Ruto began his political career by leading Kenya National Union (KANU) for various grassroot positions such as YOUNG FOR KANU ’92’ in Uasin Gishu county that even saw the late President Mzee Moi ascend to Presidency.

Ruto later trounced the incumbent Eldoret North MP Hon Chesire at the age of 31 before joining Raila’s ODM pentagon in 2007.

After falling out with Raila Odinga amid the ICC case that was flaring on his head, DP Ruto joined Uhuru Kenyatta to form the ruling Jubilee in 2013 and 2017. He has already declared his candidature for the country’s top seat in 2022.