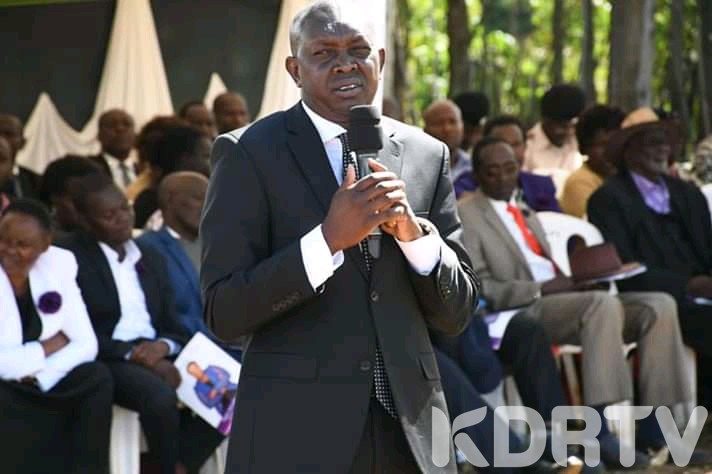 KDRTV- Firebrand Kapseret constituency member of parliament Oscar Sudi has confirmed that he was ejected out of former President Daniel Moi’s graveyard.Mzee Moi who lost his life last week was laid to rest on Wednesday where thousands of Kenyans, invited guests and the family converged at his Kabarak home to pay their last tributes to the man who led the nation for twenty four years.

Taking to his verified Facebook page, Sudi confirmed that a group of men led by Peter Chelang’a ousted him out of Moi’s resting place.Sudi further claimed that Mr Chelang’a was also present in Kabarak back in 2018 when Deputy President William Ruto was allegedly denied access to meet Mzee Moi. However, much about Mr Chelang’a is not in the public domain.

“It is true that I was ejected out of Mzee Moi’s graveyard area in Kabarak, but I want to make it clear that I was chased by a group of men led by one conman called Peter Chelang’a. I was not chased out by any member of the Moi family. Peter is the same conman who was present in Kabarak when DP Ruto was blocked from accessing Mzee Moi,” Sudi posted

The state funeral held for Mzee Moi who died at the age of 96 years was marred by little controversies as embattled Nairobi Mike Sonko was also denied access to the VIP dias upon arrival to the ceremony. He was later allowed to sit with his fellow politicians and leaders after the incident went viral.

Subscribe to watch latests videos
In this article:President Moi's burial