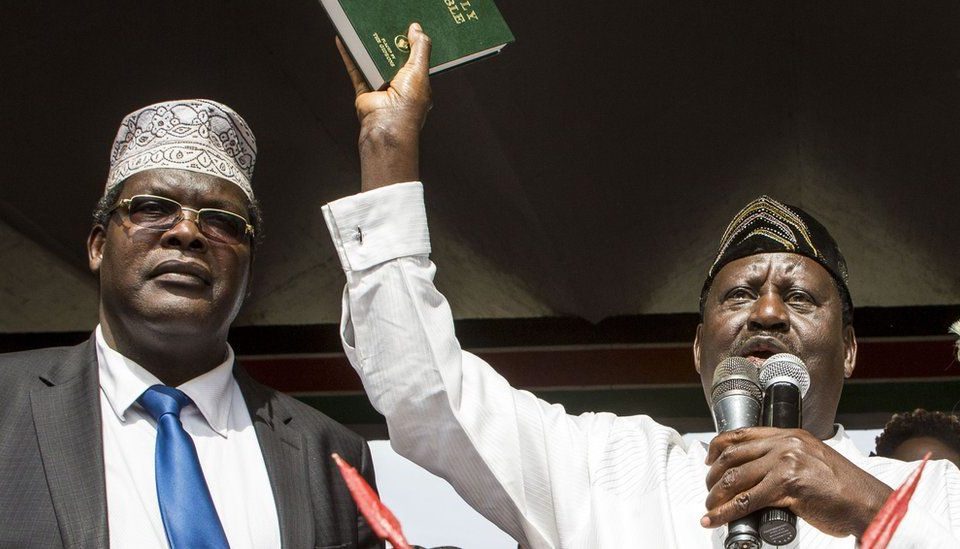 ”If Raila Odinga becomes president of Kenya, I’ll sell all my property there and renounce my citizenship,” Miguna Miguna wrote on his official Twitter account.

Miguna and Raila Odinga’s relationship has been sour but turned worse after the controversial lawyer was deported to Canada in February 2018 after taking part in Raila Odinga’s swearing-in as the people’s president.

it was later claimed by the Immigration department that Miguna was illegally in the country as he had denounced the Kenyan citizenship.

in 2018 a high court ruling by Justice Chacha Mwita directed that Miguna is a Kenyan citizen and should be allowed to be in the country. Mwita added that Miguna be compensated Ksh 7 million for his rights being violated.

Fast forward to 2022 several court orders have been issued to allow the lawyer to fly back in the country but authorities have ignored them. In November 2021, Miguna tried to jet back but red alerts were issued to airlines not to allow him to board.

“This is to inform Kenyans and the world that Airfrance officials at the check-in counter at the Berlin Brandenburg Airport have just informed me that the Government of Kenya sent them a “red Alert” this morning that they cannot fly me to Nairobi. I’m waiting for a copy, Miguna Miguna on November 15 2021.

Subscribe to watch latests videos
In this article:Miguna Miguna