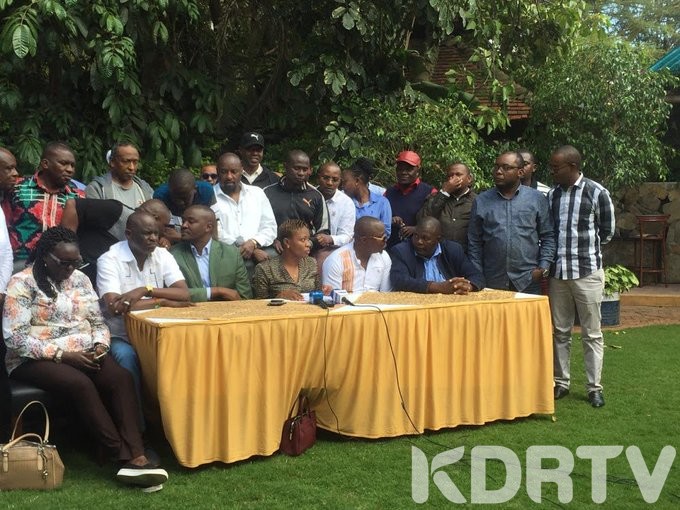 Barely  two weeks since the embattled speaker returned, an estimated of 67 ward representatives have signed a petition that aims to have the her removed from office.

“We support the impeachment of Elachi,” said Majority whip Waithera Chege during an address to the media on Monday.

In a bid to retain calmness in the house and have things returned to normalcy, Elachi adjourned sittings citing that the regular schedule would be initiated as from tomorrow, Tuesday 29.

Ideally, Elachi after gaining entrance back to the house had pledged to work with all members of the county assembly and squash the challenges and differences that they encountered.

“We expect to do normal business as usual and we have just had a meeting of the House Business Committee and allocated agenda for the afternoon sitting,” said Elachi.

READ ALSO: Elachi Accuses MCAs of Threatening Her With Guns

Following the impending impeachment, the Majority leader Abdi Guyo stated that there were some members of the house who aimed to cause chaos after the hosue resumed, and called upon the Inspector General of Police Hillary Mutyabai to beef up security and ensure calmness.

According to Waithaka MCA Antony Kiragu, the court order that reinstated Elachi would be violated as they had initiated plans to have her impeached.

“Last year September the house impeached her with 103 votes and we will take her down again,” said Kiragu.

There is some confusion as some of the MCAs have pledged to have Elachi impeached while the other section have vowed to stand by her following the meeting with Jubilee Secretary General Raphael Tuju as well as the handshake.