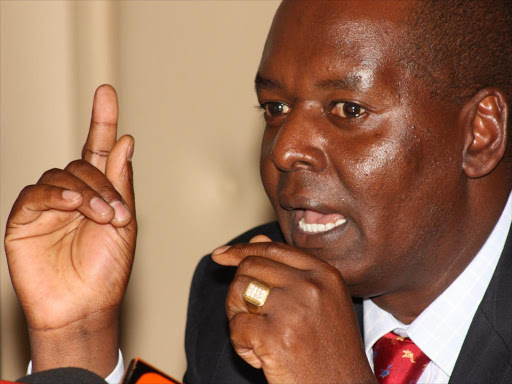 Parliament majority leader Amos Kimunya has reacted to a viral video in which he was captured swearing to resign incase Jubliee Party lost in the Rurii ward by-election.

Addressing the video, Kimunya said that his comments come with the territory.

“These are political issues that you do,” he said.

In the video, Kimunya threatened that losing the Nyandarua seat might force him to step down as Jubilee majority leader.

“I wouldn’t want to hear, as the majority leader of Jubilee, that the party has failed to win a seat in Nyandarua, I would resign,” Kimunya said.

Jubilee party has suffered an embarrassing loss in the just concluded by-elections bearing in mind that they lost in Rurii Ward in Nyandarua, Bonchari constituency in Kisii and Juja constituency.