The late Kipyegon Kenei’s father, John Chesang, while speaking in a KTN News feature, vowed that he won’t rest until his son’s killers are behind bars.

Kenie, a bodyguard attached to DP William Ruto’s office, was found dead on February 21, 202o. Ruto promised to help solve the controversial murder case but according to Chesang, he has been avoiding him ever since.

“Since then, no action has been taken and we have not communicated in any form whatsoever,” said Chesang in the feature that aired on Sunday, April 11.

“We, the family, were expecting to see him (Ruto) because he had claimed that he would have been the target instead of Kenei. What action has he taken? 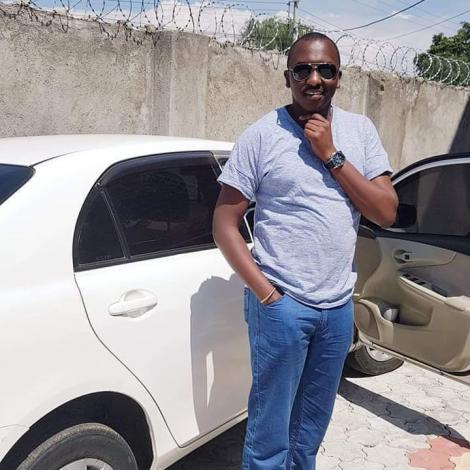 “He was also blaming the DCI (Directorate of Criminal Investigations). Why has he not informed us of any other entity he is using to carry out the investigations? He does not want DCI and FBI (Federal Bureau of Investigations), what does he want?.”

Chesang claims Ruto promised to give support to the family in a closed meeting between him and the family.

The family, however, says are in pain because they can see DP’s office has moved on and already forgotten about their son.

“We just see him go about his business,” he said.

“We are truly hurt. Our son worked in that office for seven and a half years. Why has the office not given him any respect?”

The 33-year-old was found dead in his Nairobi’s Villa France Estate in February 2020. He was to record a statement in connection to the fake Ksh39 billion arms deal.