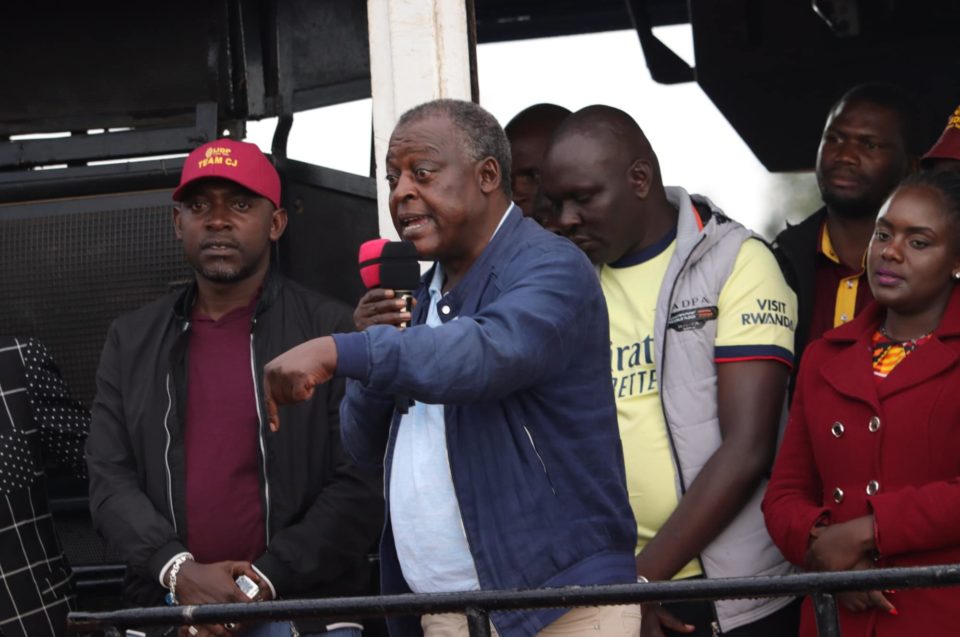 The Azimio la Umoja Camp could be dealt a huge blow following Cyrus Jirongo’s declaration that he will not honor Raila Odinga’s plea to withdraw from running for Kakamega governorship.

Speaking on Saturday June 25, Jirongo stated that he would not permit the ODM leader to displace Azimio affiliate parties in other regions in order to make way for his ODM aspirants.

This came about following the adoption of a rationalization plan by the Azimio La Umoja One Kenya Coalition Council, which will compel other constituent parties to coordinate candidates in an effort to fight growing sibling rivalries in their strongholds.

Jirongo was urged to step out from the Kakamega county governor’s contest in favor of ODM Party candidate Ferdinand Barasa.

However, Jirongo, cautioned Raila to stay out of Western Kenya, stating that the region has its own parties and that ODM should only focus on securing posts in Nyanza.

He stated that they will vote for Raila Odinga as their presidential candidate, but that they must respect them and refrain from imposing his ODM party and candidates at the local level.

According to reports, Azimio would use opinion polls to eliminate inferior candidates in locations with multiple candidates from affiliate parties.

This, according to Azimio, will increase his prospects of winning several seats and prevent him from losing to candidates from the Kenya Kwanza party.

Kajiado county will be on the spot where Jubilee party and ODM have fielded many aspirants.