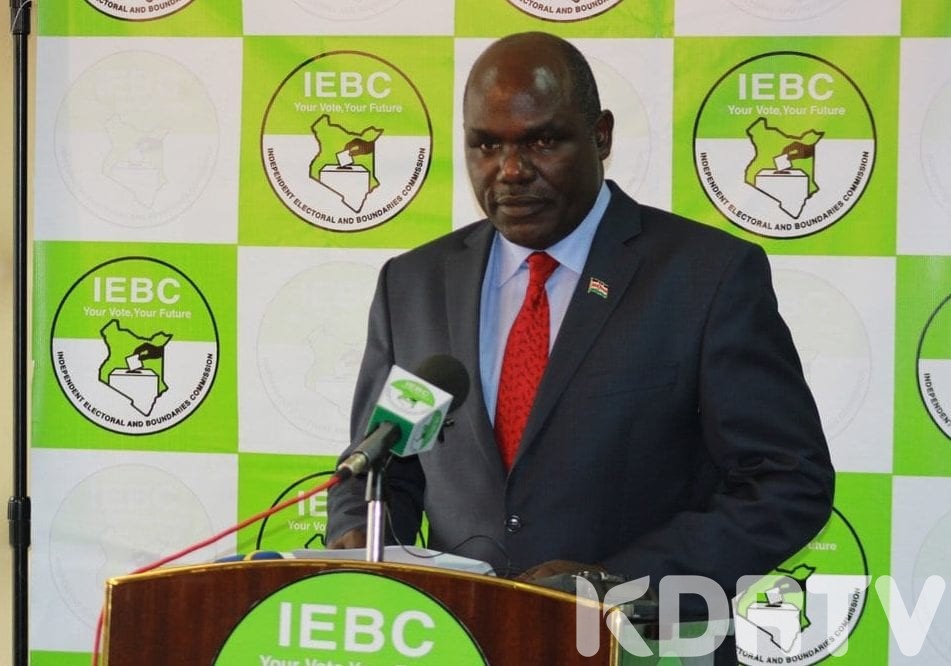 In a ruling delivered by the IEBC on Friday, the commission chairman stated that the complaint was not in accordance with the regulations 8 and 15 of the electoral conduct hence dismissing it.

However, the commission stated to have acknowledge the complaints filed by the Jubilee candidate, with the only fault being that it was not done in accordance with the guidelines of the electoral conducts.

“The lawyers proceeded to raise additional objections on point of law with the argument that the complaint is defective for lack of adherence with the procedures governed by the rules of procedure for settlement of disputes 2011 with particular reference to regulations 8 that states the manner of initiating complaints, ” said Chebukati.

READ ALSO: Hostility In Kibra As Mariga Campaign Vehicles Are Bombarded With Stones

Jubilee’s McDonald Mariga had filed a complaint to the IEBC calling for the disqualification of Imran Okoth citing misconduct and malpractice following the incident where his car was peddled with stones during one of the campaign stops.

Mariga alleged that Imran had influenced and incited his supporters hence were acting on his behalf to necessitate violence and intimidate the rival candidate.

ODM chairman John Mbadi was then summoned by the IEBC in a bid to give the response to the allegations peddled.

The ODM party distanced itself and their candidate from the events that led to the incident stating that they were propaganda peddled to intimidate and castigate their candidate.

The team representing Jubilee’s McDonald Mariga swore to produce witnesses under oath that had been captured as well as oral evidences that supported their allegations.

Following the dismissal on the basis of not complying to the elections act, the IEBC chair Wafula Chebukati stated that Mariga was free to file a fresh complain with adherence to the elections conduct meeting section 8 and 15.

“The complainant shall be at liberty to file a fresh complaint as per the provision of the law, ” said IEBC.

The Electoral Code of Conduct Enforcement Committee has dismissed a complaint filed by McDonald Mariga against ODM and Bernard Otieno Okoth. The complaint is dismissed for non-compliance with regulations 8 & 15. The complainant is free to file afresh complaint as per the law.^EA pic.twitter.com/mk2TG2ix2x