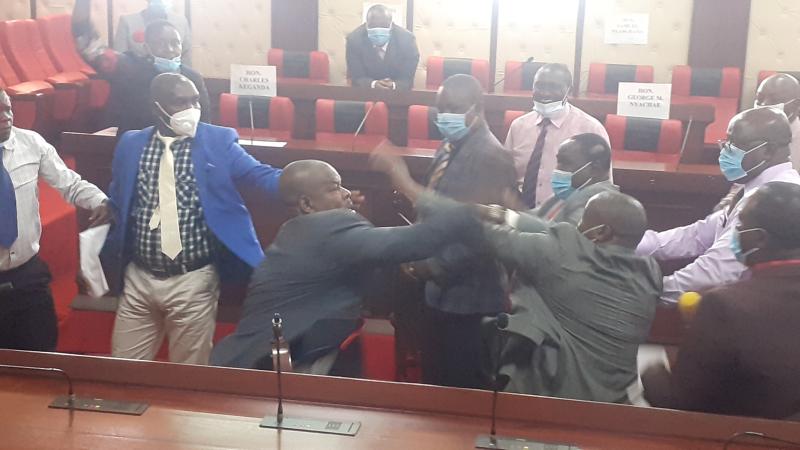 The Nyamira County Assembly on Tuesday Morning was turned into a boxing ring yet again as MCAs descended on each other after disagreeing on house business.

The politicians exchanged kicks and blows over the introduction of a new name in the Committee of Appointments report. 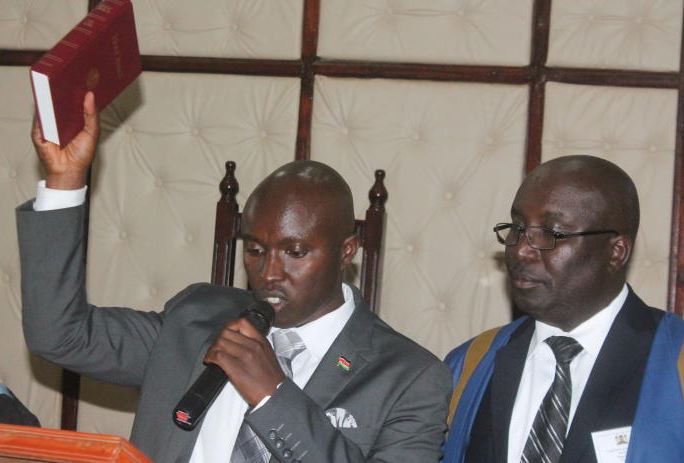 Several MCAs attacked each other with Nyamira MCA Raban Masira fighting his Rigoma counterpart as his Ekerenyo counterpart squared it off with Gesima Ward MCA Charles Maroko.

Some MCA also wanted to fight the speaker but the Sergent at arms shielded him away from the chaos.

Part of what caused the fight was the failed attempt by the House leadership to present a report of the Assembly’s Committee on Appointments which wanted to table the name of a nominee to the executive – Clifford Ogwara – which is being contested.

“MCAs are politicians and they are representing their people,” said Teya while speaking to journalists.

“When they disagree it means they are expressing the interests of their people. Let them express themselves as we look for a middle ground.”

The fight was the fourth in a row as the house meetings keeping taking a negative turn.

Watch the fight below: