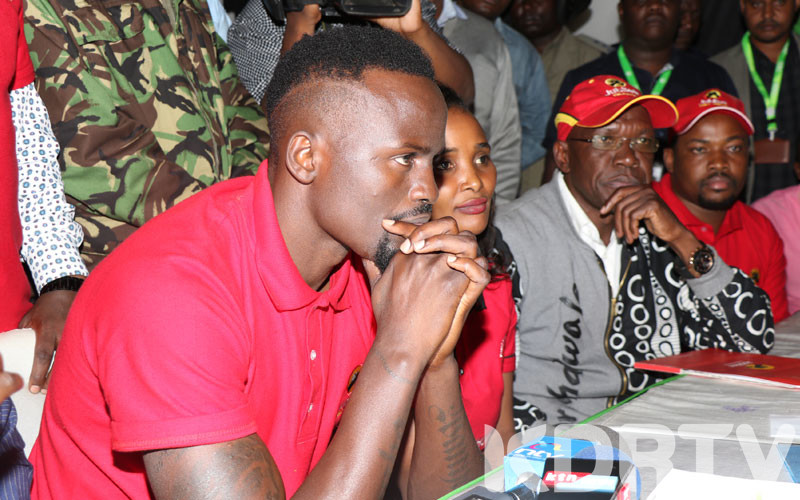 McDonald Mariga, a Jubilee nominee for Kibra by-election plunged into peril while seeking to respond to a question by a journalist on his vision for Kibra constituency.

Former Inter-Milan and Harambee Stars midfielder had arranged a tournament in Kibra grounds on Sunday, October 20, to strengthen his campaign bid in the city-based constituency.

A journalist cornered Mariga shortly after the end of the tournament and necessitated to know how the former Harambee Stars footballer was fairing on with his campaigns, and if the issues like security suggested by the constituents were addressed.

“It is just three weeks to the by-election, in terms of your strategy, is it working for you? And in terms of security issues raised by your team, have they been addressed? And finally how’s the ground in Kibra generally? posed the journalist

Unexpectedly, Mariga deviated to sheng` and further dodged the question quoting irrelevancy to that day`s event.

However, Langata MP, Nixon Korir who was keen responded quickly to salvage Mariga from the awkward bit which was being aired on live TV.

“Generally we are doing well, with regard to violence you know where that is coming from, we are a peaceful group as evident today in this event. All these players you have seen here belong to different political parties but we have been unified by this tournament,” said Korir