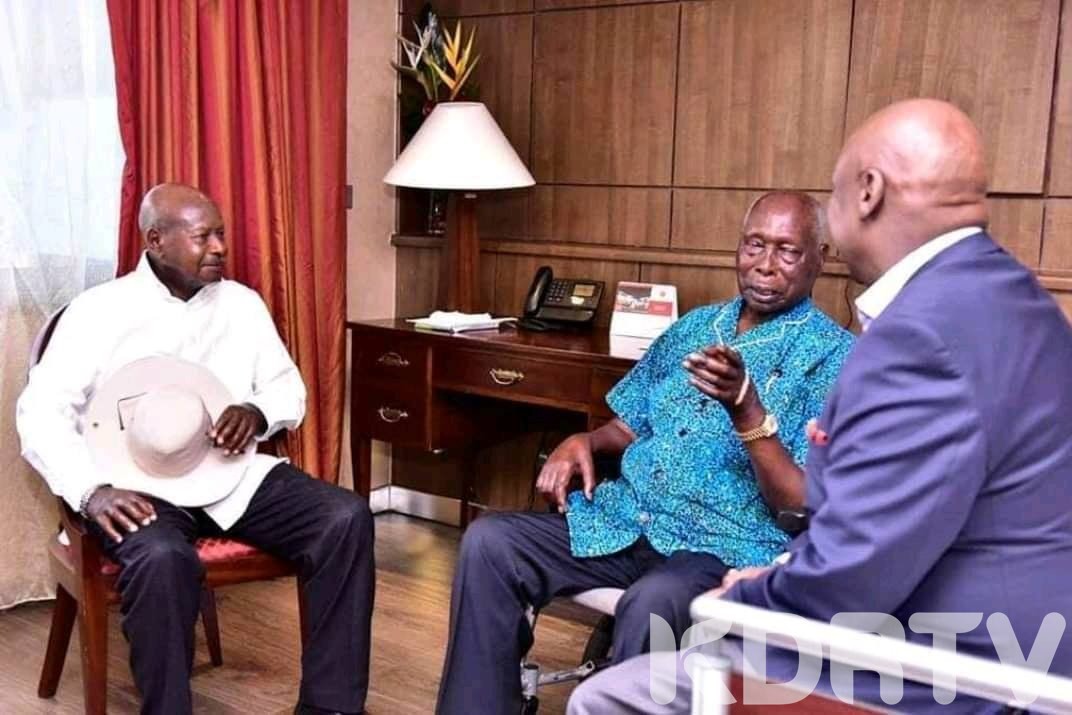 Reports reaching our desk are that former President Daniel Arap Moi is currently admitted at the Nairobi Hospital. In fact, Kenya’s longest-serving leader has been at the facility since Friday last week, just a day after the country celebrated ‘Moi Day’ a controversial Holiday on the Kenyan calendar.

According to a local daily, the family and hospital confirmed that indeed Moi is at the facility but only for a routine checkup. The family said he would spend a few days at the hospital under the watch of his physician.

“Nothing much to worry about. He is there for routine check-up and being attended to by his physician Dr David Silverstein. He is expected to spend a couple of days to allow the doctors sufficient time to check Mzee,” the source said.

However, Moi’s long-serving Press Secretary Lee Njiru told the media that he was unaware of any reports about his boss being sick or hospitalized.

“I’m in Nakuru and I’m not aware of such reports. I will find out and I will let you know once I get a report on the same,” Njiru said as quoted by The Star Newspaper.

Early this year, there was confusion over his health after two contradicting reports from Uganda President Yoweri Museveni and Gideon Moi.

Read Also: How Nzioka Waita Rose from the Shadows to Be Uhuru’s Right-Hand Man

Museveni told his followers on Twitter that he had visited Mzee in the hospital during a state visit to Kenya in March this year.

“I also visited Mzee Daniel Toroitich arap Moi and our Speaker, Rebecca Kadaga, who are in hospital. I wish them a speedy recovery,” he wrote.

But Gideon embarrassed himself when he posted that Moi had met his father at their Kabarnet Gardens Home in Nairobi. He later deleted the Tweet after a backlash.

In April, the family did not allow Mzee to attend the funeral of his firstborn son Jonathan Toroitich at Kabarak University. Moi went to Jonathan’s graveside in Kabimoi but did not alight from his car.