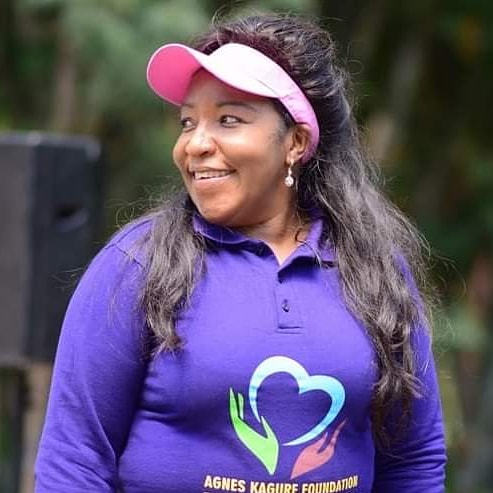 Very little was known of Agnes Kagure until August 2018, when Mike Sonko nominated her as one of the four women to be his deputy.

In an interview with Churchill Show a few weeks later, Ms. Kagure said that she would have been a house help in 1995 but was rejected by her would-be employer.

“A friend of my mother called me to Nairobi to work as a house help. But when I got to the bus station, the employer did not show up,” she recounted during the interview.

She said she returned back to her rural home in Nyeri, only to come back to the city, this time to stay with her aunt.

While she was at her aunt’s place, she came across a newspaper advert looking for insurance agents which she applied for. She convinced her employer to take her despite the fact that the job required someone to be at least 25-years-old. Ms. Kagure was 20.

By the time she was quitting the job in 2014, she had risen through the ranks to the position of Chief Financial advisor at CfC Stanbic. In 2011, Ms. Kagure was named in the list of Top 40 Under 40 Women in Kenya, an annual list of women who are holding influential positions before the age of 40.

Matatu operators in Nairobi just addressed the media from Uhuru Park. They've said Agnes Kagure will win the Nairobi Gubernatorial by-election, by a landslide. We now await the Nairobi Business Community to provide a security update and Obulala Movement on the position of Jamii.

She is the founding director of Agnes Kagure Foundation (AKFO), an organization that aims to improve the lives of residents in Kenya’s urban slums.

Waweru is a co-chair of the BBI secretariat and declared his interest to be the Nairobi Governor immediately after Mike Sonko was impeached by the Nairobi County Assembly early this month. He said he would vie as a handshake candidate and asked to be supported by both President Uhuru Kenyatta and ODM leader Raila Odinga.

Parties and candidates were working under tight timelines to submit their details to IEBC, which had given today (Monday) as the deadline for submissions.

“Each political party intending to participate in the By-election shall submit the names of the persons contesting in a party primary and the date of the party primary on or before Monday 28,” IEBC issued a reminder on Monday morning.

Deadline Reminder: By-election for County Governor, Nairobi City County;
"Each political party intending to participate in the By-election, shall submit the names of the persons contesting in a party primary and the date of the party primary on or before Monday 28th Dec., 2020".