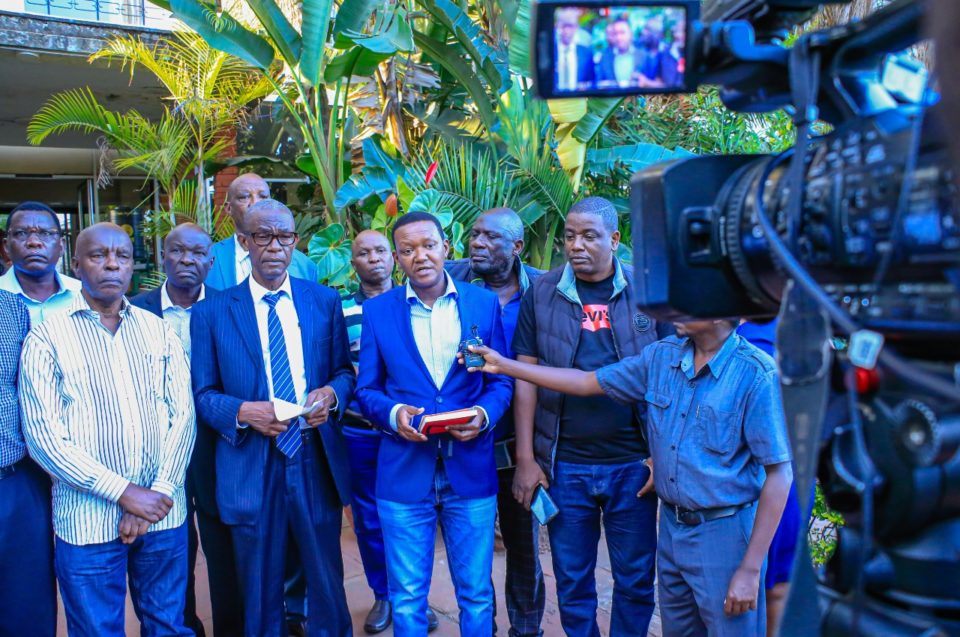 Atleast 6 Azimio political parties gave threatened to dump the movement in the next 48 hours over being sidelined in key decisions in the newly formed outfit.

While adressing the media on Wednesday led by Machakos Governor Alfred Mutua, the six parties stated that they will look for other political partners if their conditions are not met in the Raila camp.

“We must be listened to in order to fully join them. It must be known that time is running out but we still have options that we can invoke anytime,” Governor Mutua stated.

“The document needs to be renegotiated to ensure that all interests are taken care of. The agreement should not be decided by three parties  In the same way that they have introduced zoning through some technical terms, we want them to be done away with” he added.

Mutua further revealed that only a subset of his party’s members had been permitted to see the draft coalition agreement for a limited period of time.

He stated that such behavior would not be accepted and that they would not sign the agreement until their demands were addressed.