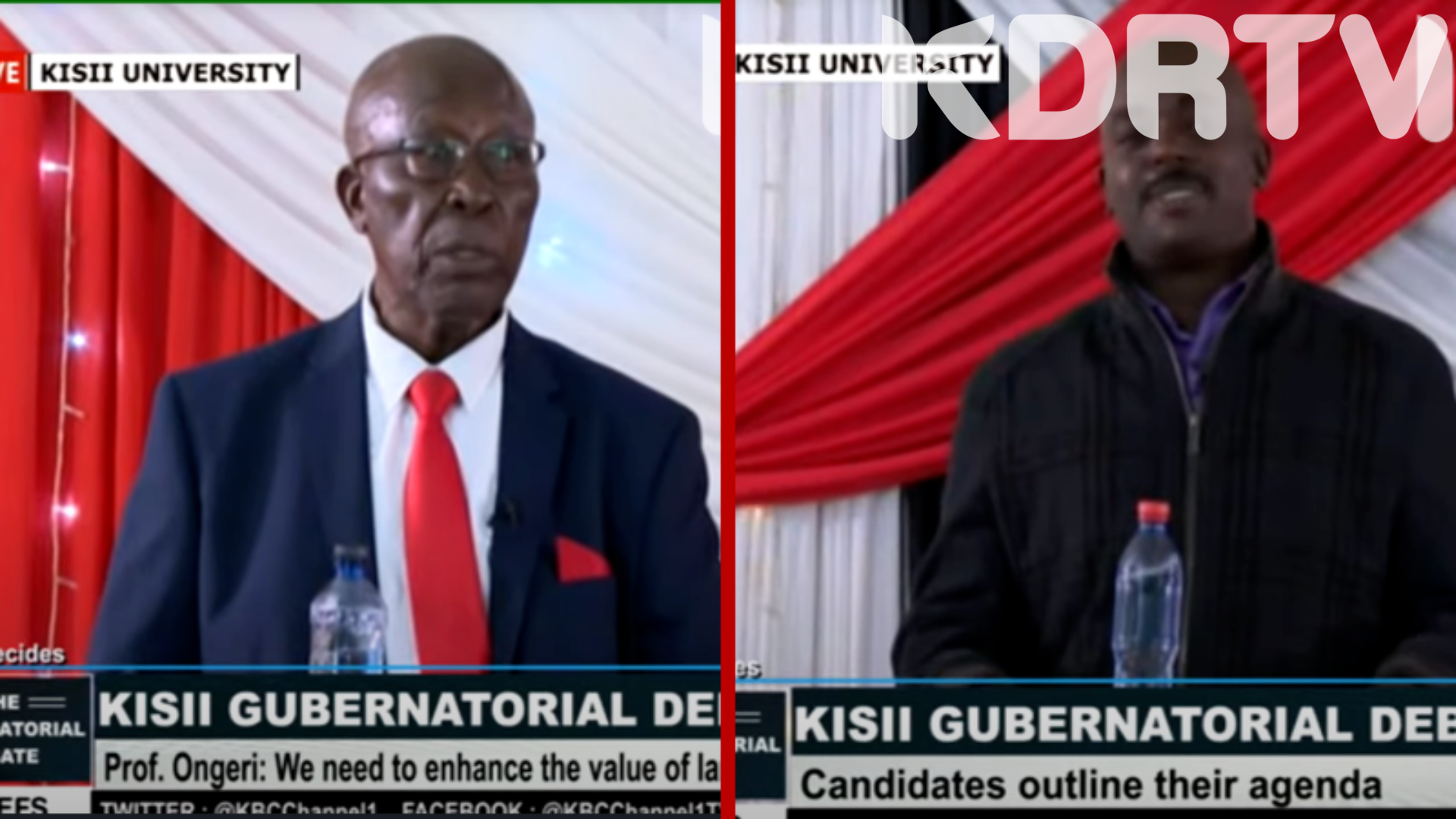 KDRTV News-Kisii- The much-published debate for the Kisii County gubernatorial candidates took a low key as some leading candidates gave it a wide berth as organizers frantically searched for them to attend the debate which was taking place at the Kisii University auditorium.

Organizers are still tight-lipped and have not disclosed the reasons why the other candidates failed to participate as they had indicated earlier that they will attend.

Online or social media was lit with fireworks for and against the leading contenders as speculations went top-notch when many supporters of Prof. Sam Ongeri accused his opponents of chickening out at the last minute because they feared a backlash from Prof. Sam Ongeri who was today’s winner of the debate based on the online poll which was conducted by KDRTVNews combined by the attendees who gave Prof. Sam Ongeri a pass in today’s debate.

Dr. Onchiri accused Simba Arati, Chris Obure, and Ezekiel Machogu as corrupt and only bribing voters and the reason why they feared participating in the debate. 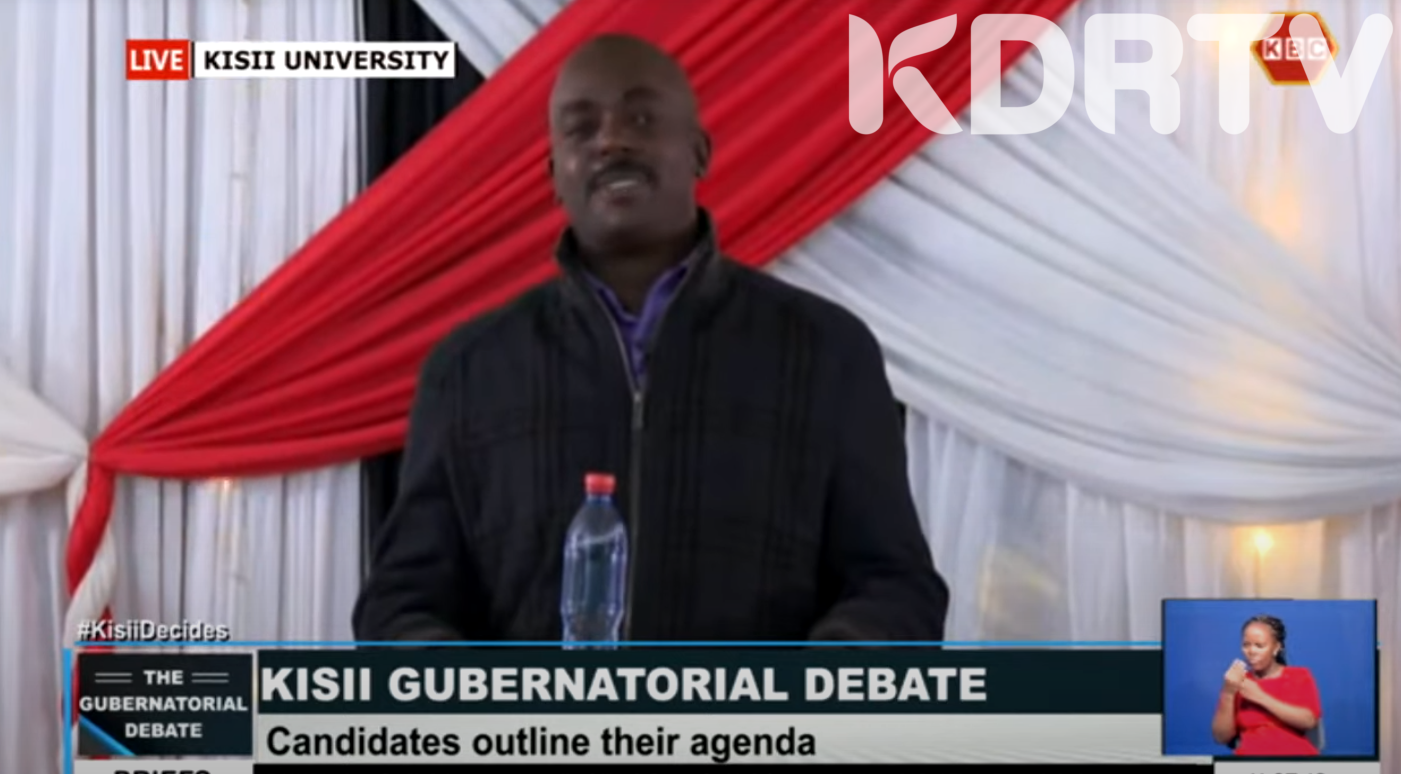