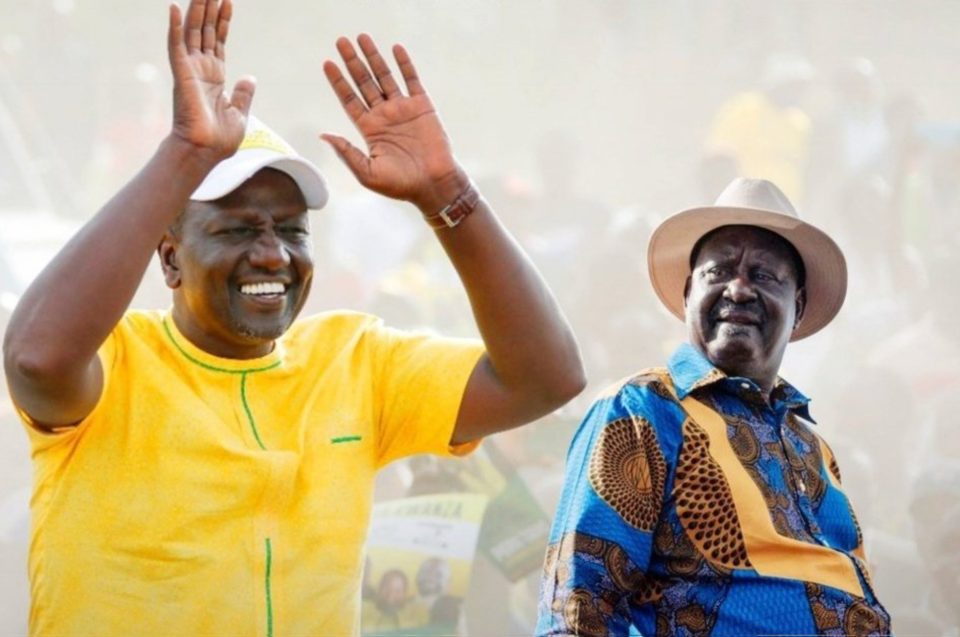 Orange Democratic Movement leader has chastised Deputy President William Samoei Ruto after he briefly sent out the media in his NDC on Tuesday, March 15.

Through his Spokesperson Makau Mutua, the ODM leader stated that William Ruto is dangerous and might switch off the lights of democracy if he gets to power.

“In its most important public function to date- deliberations on the coronation of Ruto as UDAs presidential candidate- Ruto decided to remove the media from the venue where those deliberations were done,” read part of the statement.

“The opacity ad secrecy of UDA is a chilling reminder to Kenyans what Ruto would do if he captures state power. The decisions to choose a party candidate for president must be open, accountable, and transparent,” Makau Mutua added.

He further compared the UDA NDC to that of Azimio where the media was given full coverage.

” As we all saw last Saturday, Azimio conducted its nomination of the Rt Hon Raila Odinga in full view of the media and the public.Nothing – absolutely nothing – was kept away from the public. But for over two hours today, Mr Ruto and his circle of UDA apparatchiksshutthe Kenyan people out of a decision that’s central to democracy. It’s a sad day for democracy but we at Azimio aren’t surprised that Mr and UDA reconfirmed their anti-democratic DNA.” He added.

We unreservedly condemn the exclusion of the media from UDA’s NDC. pic.twitter.com/8zhPayHZMS

The UDA party had briefly asked the Media to give them one hour to discuss their private matters before they allowed them back to cover the meeting.