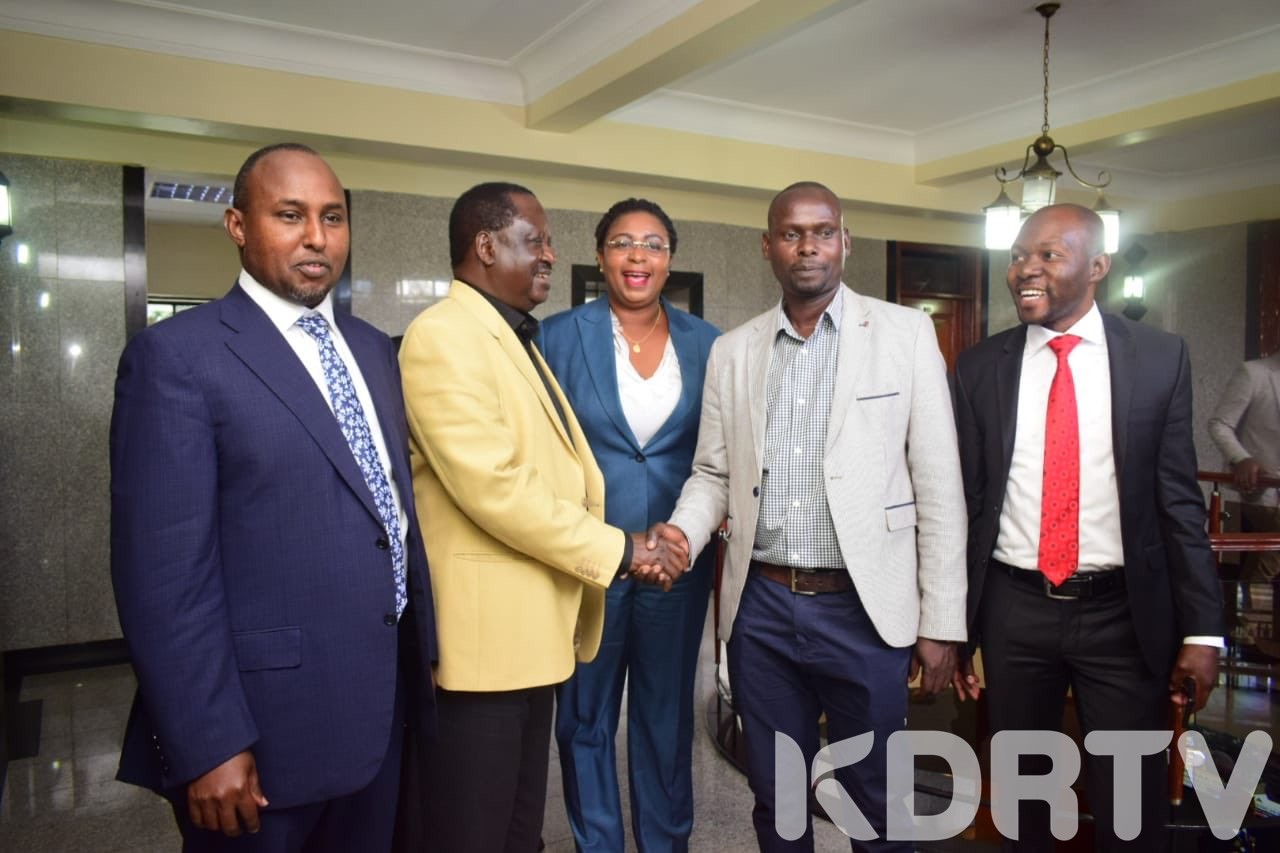 ODM leader Raila Odinga has ordered all elected members to pitch camp in Kibra Constituency and drum up support for the party’s candidate Benard Imran Okoth.

The former Prime Minister met with the party’s parliamentary group at County Hall on Tuesday where he introduced Imran, the brother to former MP Ken Okoth.

Imran got an opportunity to address his soon to be colleagues (If he wins the highly coveted seat) and briefed them on the progress he has made so far in the campaigns.

We mean business. Our candidate Bernard Okoth Imran has the opportunity to address our legislators during their PG meeting at County Hall today. He briefed them on the progress he had made so far in his campaign. He was confident that he will deliver the seat on Nov 7. pic.twitter.com/Al1xg6tBcW

The lawmakers agreed that they will each donate Ksh 50,000 to facilitate Okoth’s campaigns in a high stake contest against former Harambee Stars midfielder MacDonald Mariga who is believed to be bankrolled by Deputy President William Ruto.

ODM’s director of elections Junet Mohammed who is also in charge of Imran’s campaigns told a local media house that the lawmakers resolved to pitch camp in Kibra’s five wards of Laini Saba, Lindi, Makina, Woodley/Kenyatta golf course and Sarangombe.

“The meeting was majorly about the Kibra campaigns. We want to involve the MPs. We have agreed on a certain amount, but we have said they can contribute as much as they can,” Mr Mohamed said.

This will come as a major boost for Imran who has been backed by opposition MPs from Jubilee and ANC.

Jubilee nominated MP Maina Kamanda has publicly declared his support for the candidate he has branded as ‘handshake candidate. Kamanda has also met the Kikuyu community in Kibra and asked them to vote for Imran.