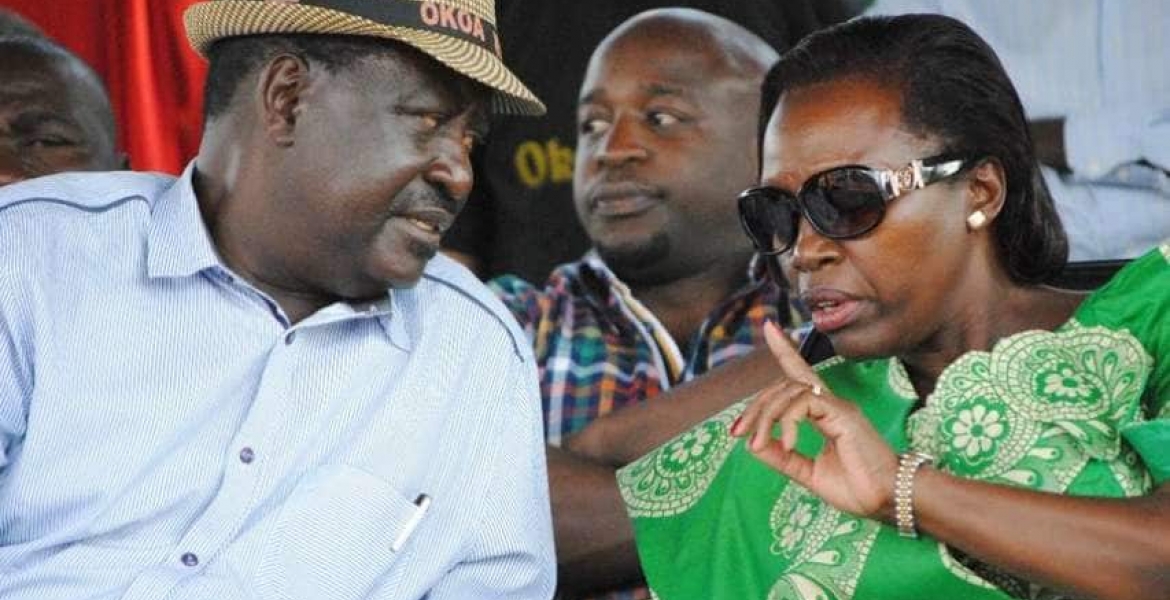 Raila picked Karua from a list of three names that were forwarded to him by the Azimio la Umoja running mate panel last week.

In the event held in KICC on Monday April 16, the ODM leader termed Karua as a formidable helper who will help him win the August 9 general elections.

“The person who holds this office cannot be a competitor to the President. We have decided that the holder of this office has to be a woman.

“I am a man of my words, I will task her to finish what we started, she’s a safe pair of hands..she is Martha Wangari Karua.” Raila said.

The Azimio presidential flag-bearer went on to say that he wanted someone with whom they could share their beliefs and who could be trusted. He also praised her reform credentials, mentioning the Second Liberation as an example.

“We have decided that the holder of the Deputy President’s office has to be a woman. I will describe this woman – at the age of 24 she became one of the youngest magistrates. She was also among the youngest parliamentarians when elected to office in 1992. When I was arrested and placed in detention, she led a team of 27 lawyers who defended me at great personal risk. ” Raila revealed.

Raila and Karua will compete against Kenya Kwanza’s William Ruto and his running companion, Rigathi Gachagua.

Kalonzo had a few minutes before Raila’s declaration to launch his candidacy for president and leave the Azimio alliance after missing out on the running mate position, naming former Devolution PS Andrew Sunkuli as his running companion.