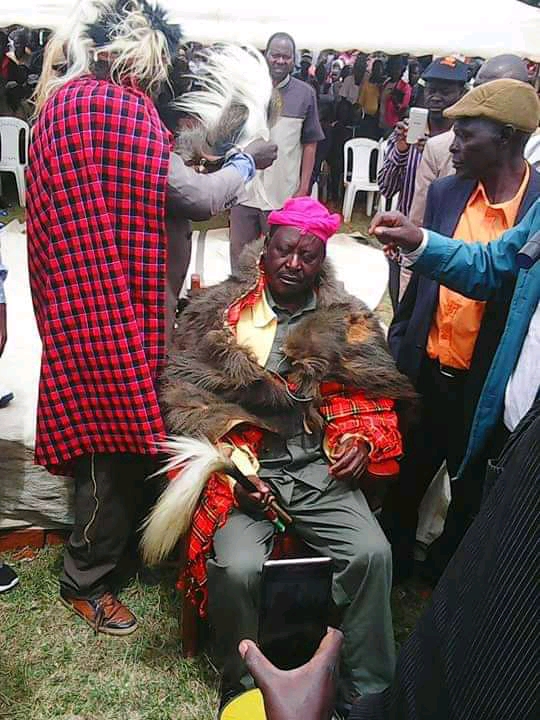 Raila who has been associated with pushing Grand Coalition Government in Kibaki’s era is similarly extending the coalition trajectories with One Kenya Alliance partners, ruling Jubilee party and other like-minded leaders to board the train of Azimio la Umoja ahead of 2022 general election.

Raila will be installed as a Kikuyu Elder by the top KCE and Kiama Kia Ma leaders before meeting youths and women groups on political engagements. He will later head to Golf Club for a special dinner with Mt Kenya tycoons and business people and embark on politically driven motive on Saturday where he will flare the air with Azimio la Umoja gospel.

On the other hand DP Ruto will camp in Nakuru County to spearhead the hustler nation’s agenda of bottom-up as One Kenya Alliance (OKA) team will lead campaigns in Western region where they will make several stopovers in Bungoma county and Trans-nzioa county.

Not Another Kikuyu President, Says Waiguru.