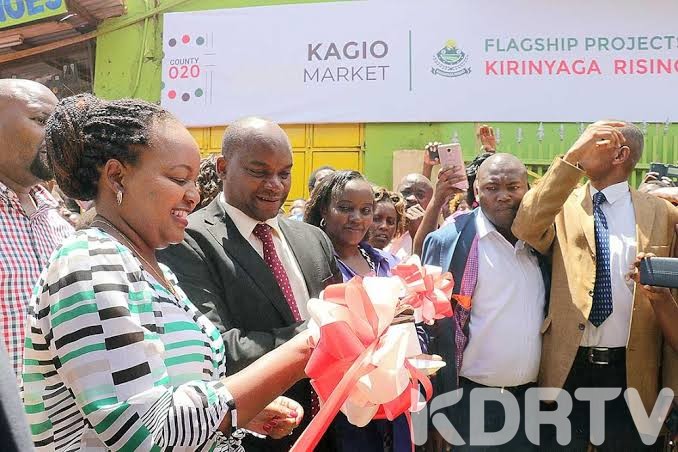 Kirinyaga Governor Anne Waiguru has said that another Kikuyu President will fuel tribalism and disparities among other communities on the basis of exclusion from the top seat.

According to the Governor, Kenyans as a whole are not ready for another Kikuyu President and other communities should be involved in attaining the 2022 ambitions.

Waiguru whose County highly rejected the Punguza Mizigo bill has endorsed the Building Bridges Initiative (BBI) adding that it is aimed to unite different communities and create a one nation.

“Let us be honest, there are many communities in Kenya and not only one should be dominating the top leadership of this country,” said Waiguru.

“Let’s be honest, Kenya has many communities and one or two cannot continue dominating the leadership of this country" https://t.co/AabWmNGUoN

According to Waiguru, it was a ripe time for the Mount Kenya people to support leadership from another tribe, through the BBI.

The 2022 succession plan has ignited different discussions across the country, with two major bills  rivaling and competing.

The BBI was initiated by President Uhuru together with ODM leader Raila Odinga as a bit to heal the nation and reach out to everyone after an intense and violent election.

Through the BBI, there is expected inclusivity where leaders from all sectors will be united for development and steering of the top Country agendas.

Ideally, there is the Punguza Mizigo Bill which is allegedly sponsored by DP Ruto, is aimed to relieve tax payers the burdens of leadership.

These two have rivaled forcing different leaders and politicians to pick their stands as DP Ruto terms the other one a plot to frustrate his 2022 top seat ambitions.

Waiguru is one of the most vocal controversial leaders who have pledged high support to the BBI with promises of making it popular in the Mt. Kenya region and delivering their votes.

“The BBI is the solution to ending the electoral circle filled with violence after every five years,” said Waiguru.

The Governor also faulted leaders who had acquired their wealth illegally over a short period of time.

She linked the acquisition of unaccounted for wealth to corruption and embezzlement urging leaders to focus on what gave them the elective posts which is service to the people.

She ideally faulted the Kirinyaga Woman Representative Wangui Ngirici for sabotaging and instigating strikes at the health sector.

According to the Governor, she was ready and willing to deliver the Mt.Kenya votes in due time to the person that will be chosen by Uhuru, who is the current spokesperson.

“When the time for politics come, I will be ready and willing to deliver my promise and mandate as Governor. This will go hand in hand with the BBI led by the President and Raila Odinga,” said Waiguru.