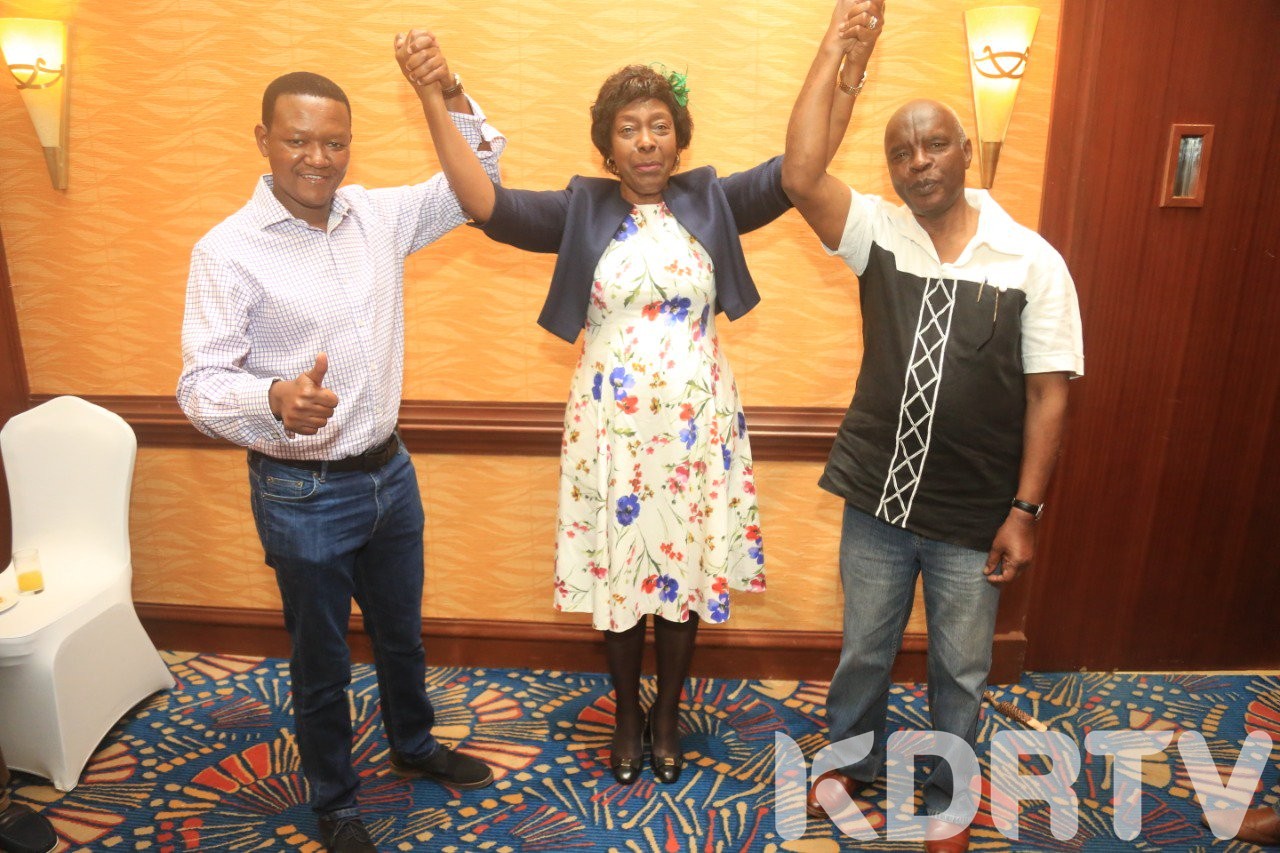 Kibra Constituency might have been declared Baba’s bedroom but it doesn’t mean Raila Odinga is allowed to make bedroom jokes at the expense of other communities.

The ODM leader has come under sharp criticism from the Kamba Community after he compared them to women. On Saturday, during a meeting with the community’s leadership, Raila said that Kambas are like women, if they promise to give you, they will give you.

Former Machakos Gubernatorial aspirant Wavinya Ndeti demanded that Raila shows some respect to a community that has supported him in the past two general elections.

“Baba I’m very disappointed with your statement. Kambas are patient and loyal but we will not be taken for granted under any circumstance. We supported you for 10 years and you should respect my community,” Wavinya Ndeti said through a post on her Twitter handle.

I put a pause on politics and politricks after 2017 but lemme say this. Kalonzo dragged the Kamba community to rally behind Raila more than a decade ago promising heaven. Since then Kamba community has never been more LOST. Look at how Raila summarised Kambas in seconds! Ushenzi! pic.twitter.com/R5kb4I8mlA

We must condemn our Kamba leaders for their inconsistent stands on matters national interest. Smart politicians including Raila Odinga have have mastered the art of using and dumping the community because we have a few academic dwarfs and sycophants purporting to be leaders.

Despite the concerns of the Kamba Community, the region’s three governors; Alfred Mutua (Machakos), Charity Ngilu (Kitui) and Kivutha Kibwana (Makueni) have thrown their weight behind ODM candidate Imran Okoth.

As a party, we fully support Benard #ImranOkoth for MP Kibera. For a community to succeed, we MUST recognize ideologies over party politics. This is our stand.
Our Party leader @DrAlfredMutua with @RailaOdinga and Imran Okoth at the Jaramogi Foundation offices this morning. pic.twitter.com/GjUi5Q0FZQ

The three joined Raila and other opposition leaders in drumming up support for Imran on Sunday.