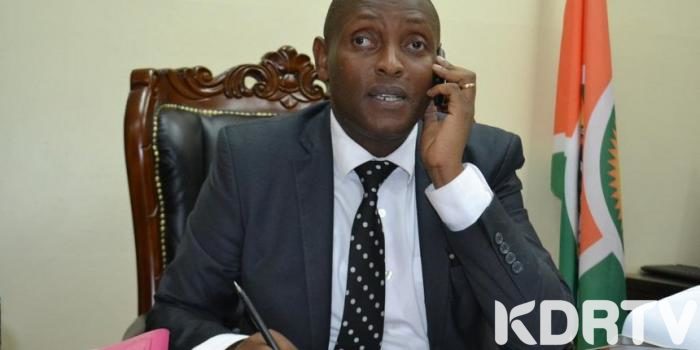 It was yet another reason to smile for victory after the High Court in Voi has dismissed a petition challenging the election of Taita Taveta Governor Granton Samboja in the August 8 2017 election. According to Judge Eric Ogolla, the case was dismissed since the court was not able to confirm the allegations that Governor Samboja used fake academic documents to vie for the seat.

Consequently, Justice Ogolla left the responsibility of ascertaining the credibility of Samboja’s academic papers to the Ethics and Anti-Corruption Commission (EACC) as it is the body mandated to probe and confirm if at all such claims were true.

Additionally the Judge further noted that the petitioners failed to convince the court that Governor Samboja engaged in electoral malpractice during the August 8, 2017 which again evidence lacked to prosecute the Taita Taveta Governor.

Following the ruling, the Governor’s lawyer Edwin Ayiro showed contentment with the judgment, saying that Mr. Samboja is now free to serve his county residents and deliver on his campaign promises. However, the petitioners, Armstrong Kiwoi na Thomas Njumwa, were directed by the court to pay Ksh.500,000 as fine.

Despite the ruling, the petitioners still have an opportunity to move to the court of appeal to challenge the judgement by Justice Ogolla.

Apparently, this has been the second petition challenging the win of a governor to be dismissed among the many cases from the August 8 polls still in court. Just recently the Kisumu Governor Anyang’ Nyong’o’s victory was upheld by the Kisumu High court claiming lack of evidence in the petition filed by former governor Jack Ranguma.

However, the Wajir Governor Mohammed Abdi Mohamud wasn’t among the lucky ones after his victory was nullified by the Nairobi High court due to the fact that the he didn’t possess a degree which was a requirement and the irregularities committed during the elections rendering it incredible. Although Mohammed Abdi has appealed the case and the court of appeal said that he should remain in office until it delivers its verdict on the same.