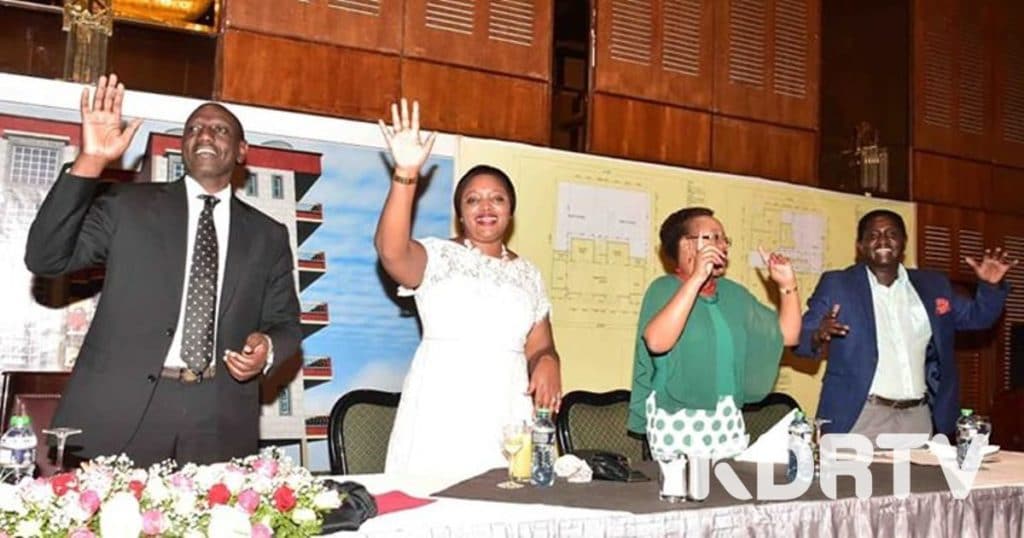 Deputy President William Ruto last night had an invites only meeting with musicians from the Mt Kenya region. KDRTV can now authoritatively reveal what the meeting was about and how DP Ruto plans to use  such meetings to rally Mt Kenya region behind him ahead of 2022 polls.

Under the umbrella Talented Musicians and Composers of Savings & Credit Cooperative Society Limited (TAMCO), the musicians hosted the DP for a dinner dance at the Laico Regency Hotel in Nairobi’s CBD, and event whose  entrance fee was Sh 10,000 per head.

According to one of the attendees, Ruto used the occasion to convince the musicians to rally behind him in 2022, promising to take care of their welfare going forward. In Central Kenya, like many other parts of the republic, vernacular music is one of the most effective channels of communication. This is because both the rural and urban folks can directly relate to what the songs say as well as get their messages.

“Support for the creative economy means a push to promote arts, music and dance. Let’s band together to further action, moves that inspire creativity and innovation to fight backward practices such as Female Genital Mutilation (FGM) and child marriage,” Ruto said in a tweet after the meeting.

Notable musicians from Mt Kenya region attended the night meeting, some of who include Kamande Wa Kioi, Peter Kigia, Wamuthoni, Betty Bayo, Jane Muthoni, Joyce Wa Mamaa, Kaka Man Nduati, Muthee Kihenjo among others. It is highly likely there will be more pro Ruto songs after this meeting, songs meant to endear him to the Kikuyu community.