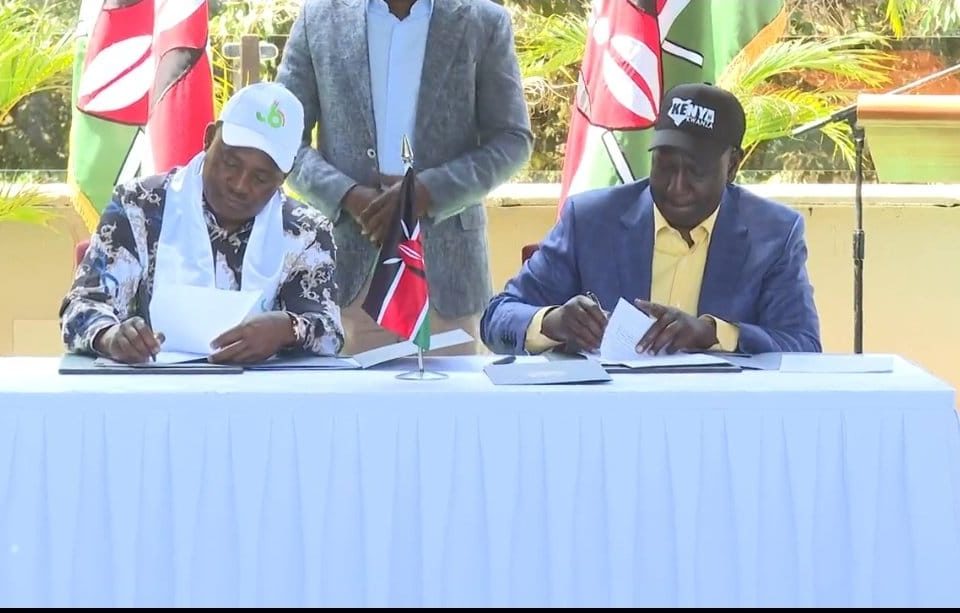 “This is a very monumental day, a culmination of months of intense consultations… I am a very proud Kenyan that today we are joined by the Democratic Party; the party was started and led by Kenya’s finest economist Hon. Mwai Kibaki,” DP Ruto stated.

On his part Muturi claimed that he was directed by his party to meet with all persons of good will and other party leaders to ensure that the Democratic Party’s goal is prioritized prior to joining any coalition.

“Today I am happy because my Party has given me that backing and I indeed want to say to my brothers who believe in this conversation that we can not be if the others can’t. There can’t be a Kenya for different people. Kenya is big for all of us,” he said.

Also Read “Elect Ruto At Your Own Risk, He Will Turn Against You” Speaker Muturi Warns Kenyans