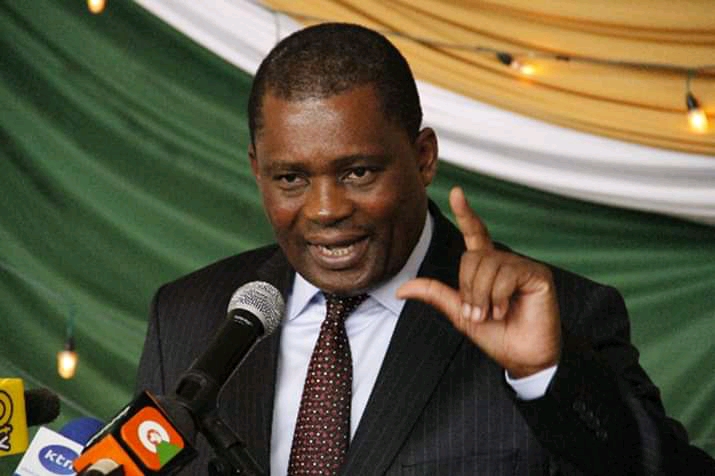 Speaker of the National Assembly Justin Muturi has wrapped up his three-days tour in Meru county where he was rallying electorates to endorse him in 2022 Uhuru’s successor race.

Painting a controversial political mood over alleged DP Ruto’s Secret plans to betray Mt Kenya Tangatanga allied legislators after bagging the presidency, the presidential hopeful signaled a strong warning to Meru residents to open their political eyes and shun away DP Ruto’s hustler nation citing that he (DP Ruto) will betray them when he clinches to power.

Muturi noted that DP Ruto cannot be trusted with country’s top seat. He revealed that based on his recent association with the second in command DP Ruto, he (Muturi) has captured a hidden bad image about DP Ruto’s unclear plans to excommunicate all Mt Kenya leaders from United Democratic Alliance (UDA) after taking power from president Uhuru Kenyatta.

“I now hear that you have come up with a national party (United Democratic Alliance). I haven’t mentioned any specific politician from this region, but I am aware that there is no angel in that party. Today DP Ruto approaching you, enticing you with jokes, but when he wins the elections, you know what will happen. You will be locked outside. I’m telling you for a fact. I have engaged with him and I know what I am saying” Muturi warned.

He also urged fringe parties’ owners not to succumb to pressures pilled against them by their critics (UDA) to fold their respective parties in the name of joining UDA to form a formidable coalition.

Muturi announced his interest of replacing president Uhuru Kenyatta in 2022 revealing that he had been tested by the various stakeholders, political pundits and people across the country stamped his presidential bid.