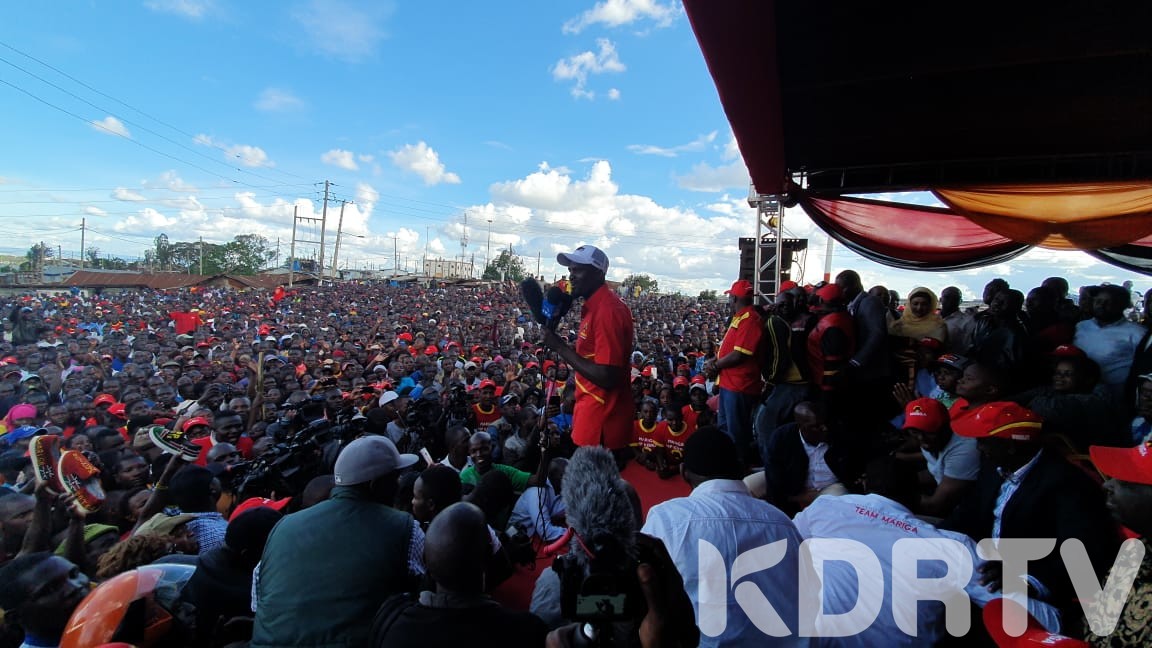 With less than 1o days to the Kibra by-elections, campaigns have reached homestretch as candidates fight for the highly lucrative seat.

Unless something extraordinary happens, the race has narrowed down to two horses; Jubilee’s McDonald Mariga and ODM Candidate Imran Okoth. Mariga has emerged as a force in these campaigns thanks to his association with Deputy President William Ruto.

Ruto’s Tanga Tanga bloggers led by Dennis Itumbi have ensured that the former Inter Milan midfielder has his A-game on social media.

More than 80% of Kibra voters are from the Luo and Luhya community. If Mariga and Imran get 50% of these votes then a tie-breaker will be needed. This is why the Kikuyu Community in Kibra becomes very important in these elections. Kikuyus are the third most populous community in Kibra after Luos and Luhya.

It is for this reason that both Mariga and Imran have laid down strategies to win over the community. As a Jubilee Candidate, Mariga is supposed to be assured of the votes from Mt Kenya but the handshake complicated everything.

Nominated Jubilee MP Maina Kamanda has been rallying members of the house of Mumbi to back Imran. In a past function, Kamanda even sensationally claimed that the heart of President Uhuru Kenyatta is with Imran, a man he dubbed the handshake candidate.

😂😂
Even with the assurances of Nairobi strongest politicians,David Murathe and Maina Kamanda,ODM is still in panic mode.
Murathe told you Uhuru is behind Imran;that he only unveiled Mariga to please Ruto.
That Raila is now the second in command;him and Uhuru are Siamese twins.

ODM leader Raila Odinga is also expected to meet members of the Kikuyu Community within the week.

The Kibra by-elections have narrowed down to a battle of titans between Raila and Ruto. On Sunday, Raila asked Kibra residents not to embarrass him. The DP promised them goodies like affordable housing and jobs if they vote Mariga.

The two powerhouses are expected to hold mega rallies this weekend. IEBC has set Monday as the deadline for campaigns. The mini poll will be held on November 7.