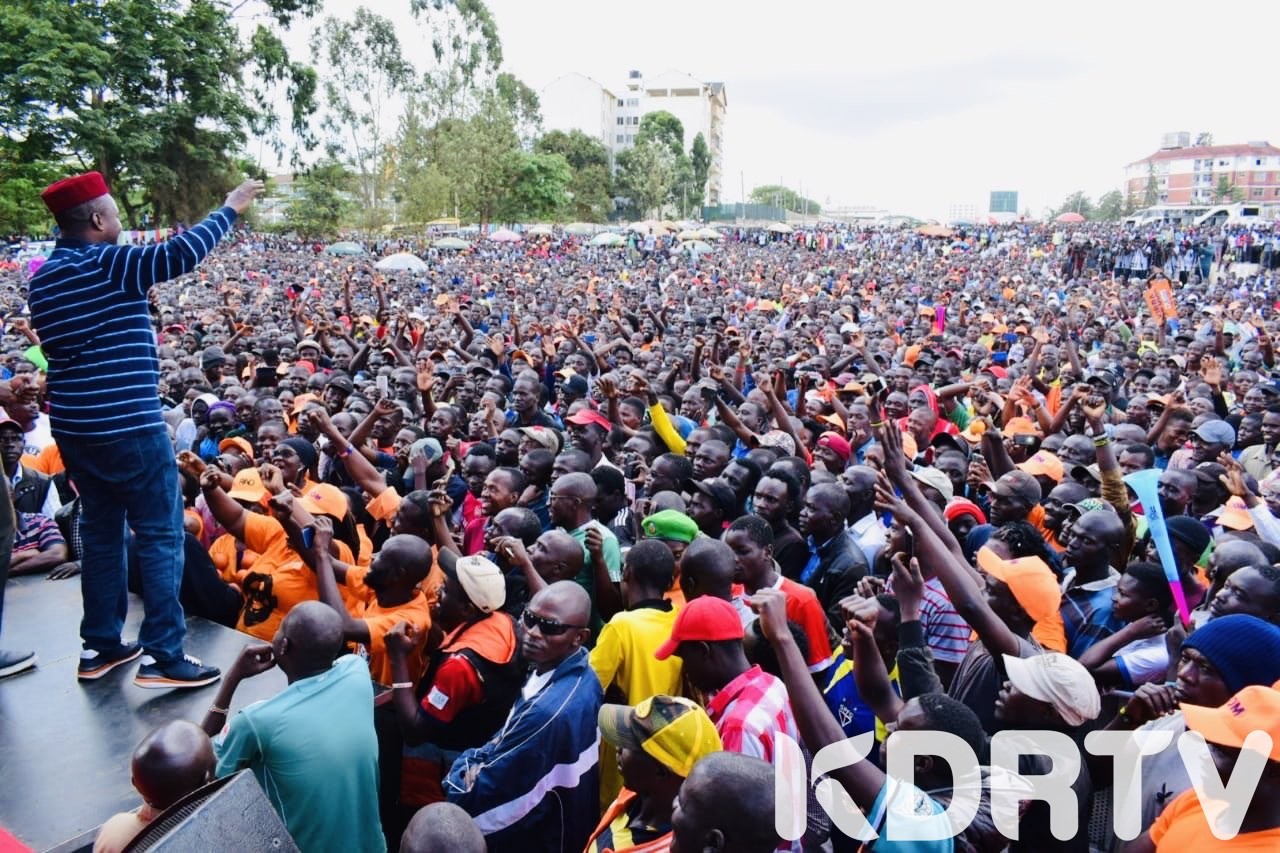 ‘Hapa tuko kwa maneno ya BBI. Shida ambayo iko kwa serikali ya Jubilee watatua wenyewe!’ These were the words of Junet Mohammed as he welcomed Elgeyo Marakwet Senator Kipchumba Murkomen to the podium at the Bomas of Kenya on Wednesday.

Murkomen had been angered by the way Junet was conducting the programme. None of the Tanga tanga members had been invited to address the function.

Were it not for the intervention of BBI Taskforce co-chair Yusuf Haji, the Senate Majority Leader would not have spoken. Junet Mohammed had achieved his goals. He had rattled Tanga tanga and Murkomen had played into the trap. Tanga tanga was left embarrassed!

Even President Uhuru Kenyatta laughed (to the dismay of his deputy) at the way Junet rattled Jubilee Party. The same party he leads.

The Suna East MP has come under a lot of criticism for the way he handled the BBI Launch event. Some politicians have termed it an ODM event. But the handshake was between Raila and Uhuru, ODM was in government. Junet was representing the other half of the government.

Fort those of you who have forgotten, Junet was the only politician who accompanied Baba to the handshake at Harambee House on March 9,2018. The other person was Winnie Odinga. Junet is highly ranked in Raila’s kitchen cabinet. He is his most trusted Lieutenant. The only one who can be trusted with such delicate matters.

It feels good when in Power & using that Power to intimidate your opponents.

Today Junet Mohammed used the power bestowed upon him to intimidate members of Tanga tanga.

Moral of the story, thus why we need inclusivity to avoid this. pic.twitter.com/EF3T97V4ZZ#BridgingTheDivide

They say when it rains it pours….. the deep state had been looking for an opportunity to show #Ruto the middle finger and when the moment came they did NOT hesitate to do so😂😂 #JUNET pic.twitter.com/jZihwZL1xS

Ruto and his camp had a clear strategy, sway the Kibra voters with a lot of money. President Uhuru confirmed on Wednesday that Jubilee poured money in Kibra, there was so much money that everyone was eating meat and the Kibra residents wanted the campaign period extended by at least two weeks.

But despite the money, Imran beat Mariga with more than 10k votes, thanks to Junet.

The Suna East MP realised that they couldn’t match Ruto’s money, so he decided to form the Voter Protection Unit, in other words, violence! Bribing voters is dirty, it can only be countered bu another dirty tactic. Tanga tanga members Boni Khalwale and Didmus Barasa cam tell you about their encounter with Junet’s army.

Junet Mohammed deserves to be the next Migori Governor.