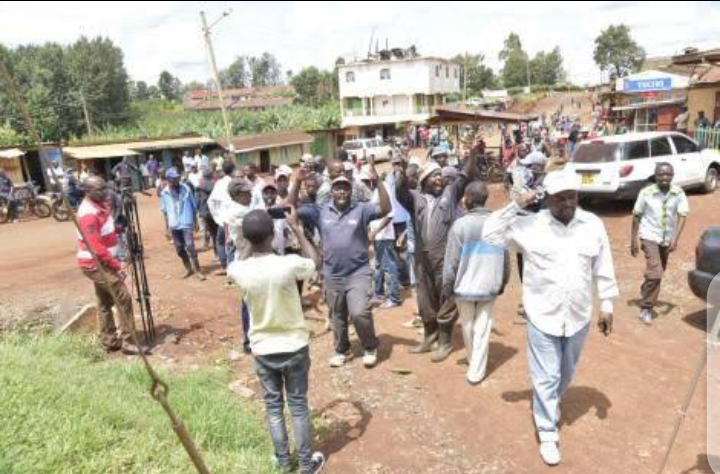 Hundreds of charged youths flooded Tangatanga mega rally at Luanda with placards heightened in the air while attempting to disrupt DP Ruto’s speech.

On the flip flop, the chief hustler was on the other hand, received by a sea of hustlers who pledged their unwavering support to his (DP Ruto) presidential bid.

“You have seen our development projects of power connectivity, improvement of infrastructure, widely initiated plans to improve education sector, we have affordably made the health services accessible. What did bwana Tinga do when he was serving in the capacity of a prime minister?” DP Ruto.

“I was in ANC but I shifted to UDA because I understand DP Ruto will form the next government. I don’t want my people in Westlands and here in Vihiga to be excluded in the government. I want to send to Musalia…. Tell him join UDA” Nelson Havi said.