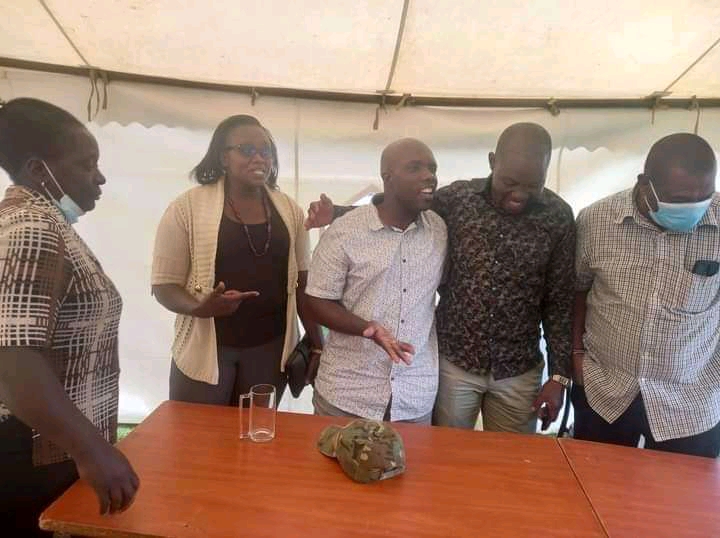 ODM Party Leader Raila Odinga is keen in erecting his political networks and increase the support base especially in the opponents’ perceived strongholds.

However, strange details have emerged from CS Eugene Wamalwa’s insider exposing the anticipated rude reception from Democratic Action Party of Kenya’s faction (DAP-K) which is headed by the CS Wamalwa.

According to the sources preparations are underway organized by Saboti MP Hon Caleb Amisi to serve Raila Odinga a far fetched reception after CS Wamalwa who was expected to welcome him (Raila) flew outside the country on private missions.

Saboti MP Hon Caleb Amisi’s popularity and influence has been cut down by Ford Kenya allied legislators breathing thirsty of toppling him out of the seat in 2022 general election. His (Amisi) popularity is gazing and diminishing at an alarming rate.

All Top leaders in the County Will miss Raila’s Trans-nzioa tour for allegedly cornering their relevance in the region of they publicly expose their association with Raila Odinga.

The only hope for Raila in Trans-nzioa region bets on CS Eugene Wamalwa who has chickened out for unplanned US trip. Wamalwa is in the US for unknown reasons. He has only sent officials of his Democratic Action Party of Kenya popularly dubbed as Mbolea party.

Raila is expected to address ODM diehard supporters at Kitale Market where he will lead the Azimio la Umoja agenda of uniting Kenyans under the umbrella of “Inawezekana”. He will take shift to Bungoma county tommorow on Sunday 21st 2021 in the efforts of expanding the ODM branches in Wetangula’s bedroom. Although Raila is yet to announce his 2022 presidential bid, but the recent political moves have confirmed beyond doubts that he will throw his spanners in the works.

Eugene Wamalwa – The Man to Save Nairobi County