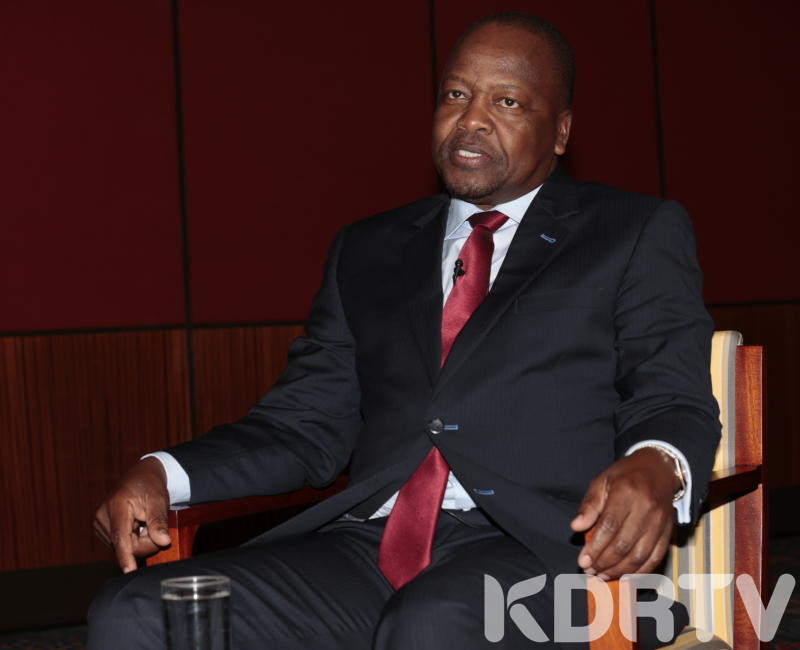 (KDRTV) – President Uhuru Kenyatta has appointed former Nyeri Senator Mutahi Kagwe as the new Health Cabinet Secretary. He will replace Sicily Kariuki who has been moved to to the Water and Irrigation docket.

He was first elected to parliament as Mukurweini MP in 2002 and served in several parliamentary committees before then-President Mwai Kibaki appointed him as the Cabinet Ministry for Information and Communication.

Kagwe is remembered for championing for the construction of the transformational East African Marine System (T.E.A.M.S), The first Fibre Optic Project for Eastern Africa. Kenya and the entire region enjoy high-speed internet because of this move.

It was also during his tenure in office that MPESA, the world’s first money transfer system was launched. MPESA is currently a multi-billion venture that is very crucial to Kenyans.

Tweet for Mutahi Kagwe. Greatness personified. This guy should have been a Governor somewhere, instead we have NYS looters. Enyewe you can never underestimate the power of many fools combined. https://t.co/kqgPVlmloV

Mr Kagwe holds a Masters Degree in Business Administration from the United States International University (USIU) and a Bachelor of Commerce (Insurance Law and Practices) from Nairobi University. Before joining politics, he held several positions at the Standard Media Group.

He is married to Anne Wanjiku Kagwe and together they have four children.