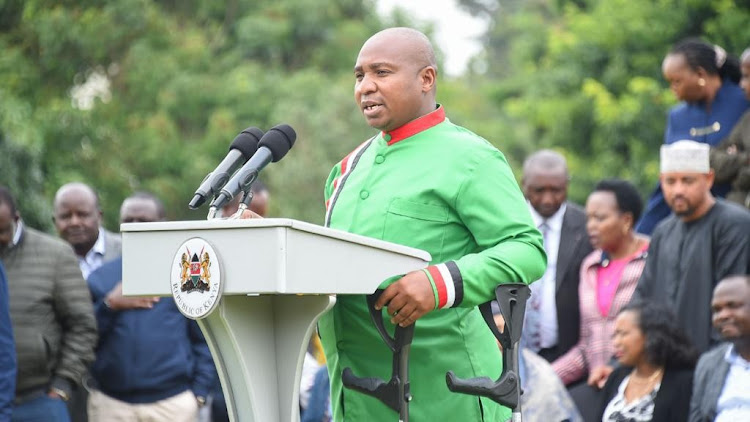 David Sankok
Nominated MP David Ole Sankok has said that he will join a group of like-minded people to file a court lawsuit to prevent former Prime Minister Raila Odinga from contesting in the August 9, 2022 elections.
David Sankok who doubles up as a representative of disabled people took a swipe on Raila and stated Raila was unfit to be Kenya’s next president during a speech at the Eldoret Sports Club on Saturday, January 8.
According to the MP, Raila should not be allowed on the ballot as he alleges that he took part in the 1982 coup attempt to overthrow Former President Daniel Toroitich Arap Moi’s government in collaboration with the defunct 82 Airforce led by Ochuka.
He went on to add that Raila permitted his allies to swear him in as the people’s president in 2018, which he said was against the law and against the constitution, and that it compromised Uhuru Kenyatta’s administration.
“I am moving to the court because Raila should not be allowed to vie in Kenya, and even if he wins I don’t think the army can hand over power to him. If they do that, they will have set a very bad precedent in Kenya,” the DP Ruto ally said.
The nominated MP, who was campaigning for Deputy President William Ruto, blamed Raila for the scuffles that erupt in the country every election cycle and advised Kenyans not to vote for him.
Subscribe to watch latests videos
In this article: