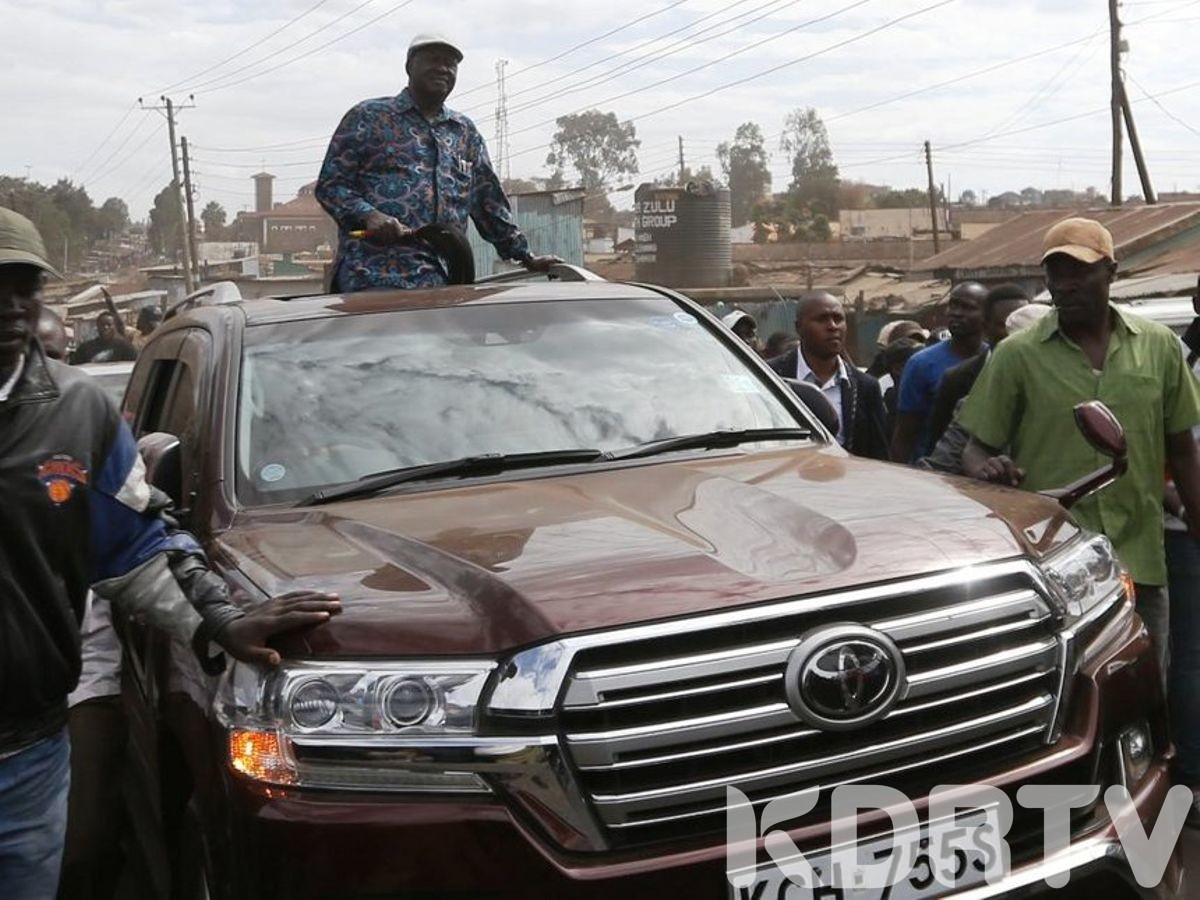 This is after the ODM leaders high-end car was impounded by the George Kinoti led team over fraudulent registration.

The car, a state of the art Range Rover with Registration number KCS 002D, is believed to have evaded paying excise duty or it could have been stolen at worse.

A check on the NTSA database couldn’t reveal the owner. And now detectives hope the African Union (AU) envoy can shade more light on the deal.

DCI has intensified the crackdown on high-end vehicles that are believed to be in the country illegally. More than 444 cars are under the radar for having not paid duty or stolen.

Apart from Raila, detectives are also investigating a car belonging to a Cabinet Secretary and three Jubilee MPs.

Devolution CS Eugene Wamalwa is believed to illegally own a luxurious Range Rover with questionable registration. The vehicle was flagged by Kenya Revenue Authority in 2016. MPs; Maoka Maore of Igembe North, Mathias Robi of Kuria West and George Theuri of Embakasi West are others on the wanted list.

Controversial city politician Steve Mbogo is also under investigations over a Range Rover vehicle which shares registration with a Probox.

In July this year, DCI issued an order to all police stations to impound the vehicles.

“A list of the attached vehicles are circulated in order to have them traced and detailed. The motor vehicles are suspected to have been fraudulently registered and they’re therefore unaccustomed since taxes in their regard have not been paid,” reads part of the letter written by the detective in charge of KRA.