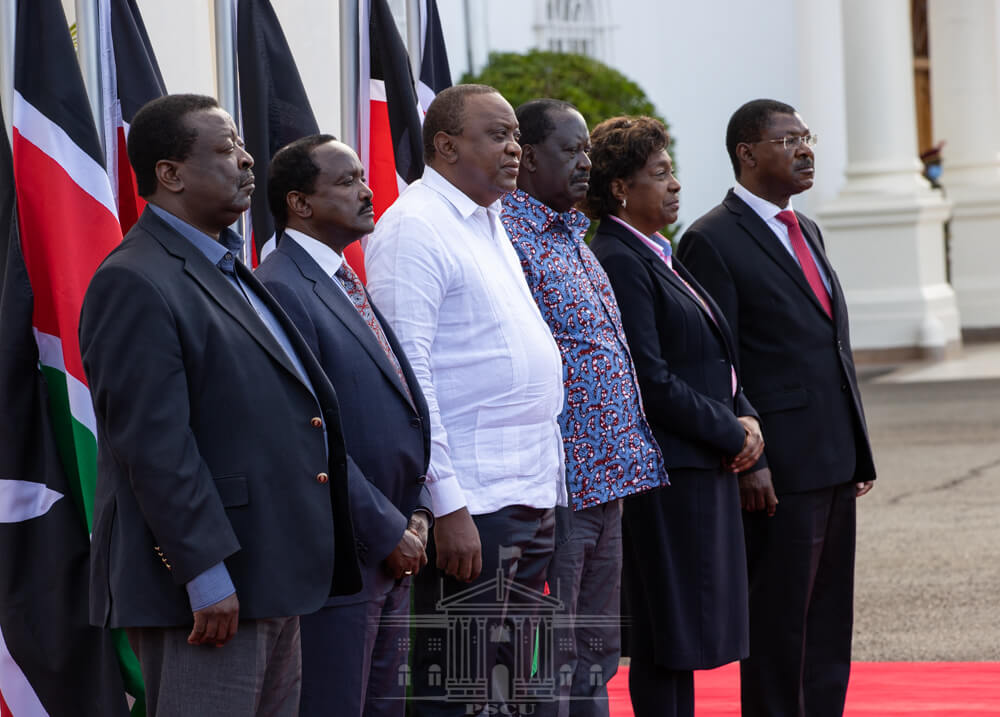 Is this the face of the transition Government of National Unity after the referendum? pic.twitter.com/fBQi2eZDh4

40 counties voted in favour of the Bill with only Nandi and Baringo rejecting the Bill.

On paper, it seemed like Uhuru was announcing a new political alliance, a government of national unity.

The government plans to have a referendum by June as National Assembly Majority leader Amos Kimunya has said the Bill will take the shortest time possible in the House.

Political analysts claim that the new faces at State House could form a government of national unity immediately after the referendum.

This could only mean more problems for Ruto who seems to be completely sidelined by the government.

Before Thursday’s press conference, Uhuru had chaired a Cabinet meeting. Ruto was not in any of the photos shared by State House.

KDRTV could not independently confirm if the DP was in attendance.

Ruto had earlier met Kalenjin musicians at his Karen residence.

The DP is holding on straws following a humiliating BBI defeat. He will be completely finished if Uhuru forms a government of national unity.

Subscribe to watch latests videos
In this article:Uhuru, William Ruto