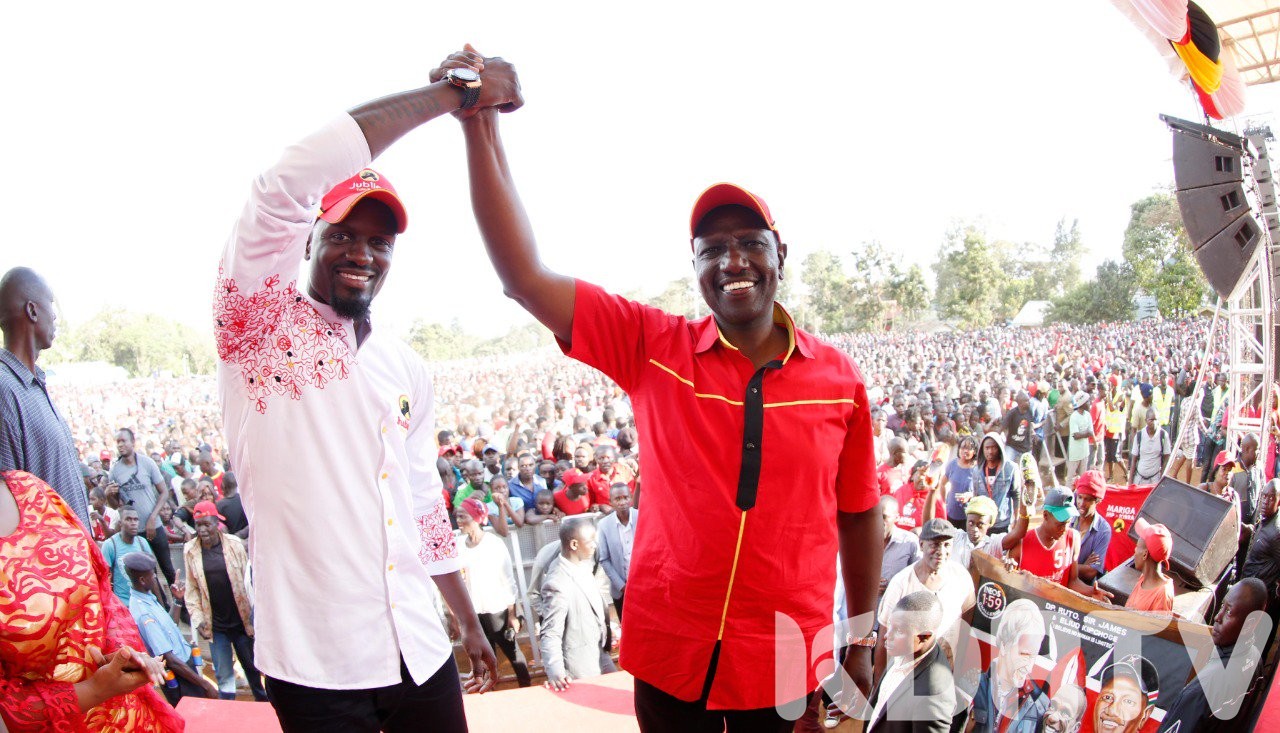 Deputy President William Ruto has warned the ODM Party, that Kibra by-elections should serve as a notice of what they should expect ahead of future elections.

ODM’s Imran Okoth Imran Okoth was declared the winner of the highly contested elections with 24,636 votes, which was more than twice of what Jubilee’s McDonald Mariga garnered.

Despite the defeat, Ruto has maintained that there are a lot of positive lessons to pick from the race. He said Jubilee’s popularity in Kibra doubled from 12%  in the 2017 elections to 26%. At the same time, ODM’s reduced to 52% from a massive 78%.

Pongezi Benard Okoth for Kibra. Congrats Mariga, Team Jubilee & supporters for daring the so called 'bedroom', braving the chaos/violence, to double our vote from 12%(2017) to 26% now. Our competitors came down 78% (2017) to 52%. They retained the seat we have served notice.

The DP also took a slight dig at ODM leader Raila Odinga, who he accused of using questionable reinforcements to retain a seat he had declared his bedroom. He said ODM branded Imran a handshake candidate, which according to him was conmanship.

He, however, thanked Kibra residents for rising above the intimidation and violence which happened on the voting day to vote for Mariga. He said, Jubilee now owns a third of Baba’s bedroom.

“Kibra you are amazing! In spite of questionable reinforcements, the con-handshake candidate narrative, the violence/ intimidation, you went past the gate, the door & voted Jubilee a third of bedroom,” reads a message on the DP’s official Twitter handle.

Kibra you are amazing! In spite of questionable reinforcements ,the con-handshake candidate narrative, the violence/ intimidation, you went past the gate, the door & voted Jubilee a third of 'bedroom'. You have changed the politics of, not just Kibra but Kenya. We are indebted.

The Kibra race was declared a dress rehearsal between Raila and Ruto ahead of the looming BBI face-off and the 2022 by-elections. A section of Jubilee members led by nominated MP Maina Kamanda and Kirinyaga Governor Anne Waiguru campaigned for Imran in the by-elections.

Ruto said the results have shamed those who betrayed the party and President Uhuru Kenyatta.

“Thank you all our leaders and members for standing firm with Mariga our JUBILEE candidate. We have demonstrated unprecedented resolve in the face of many odds to proudly double our % presence in territory otherwise considered no-go & shaming those who betrayed our leader & party,” he said.