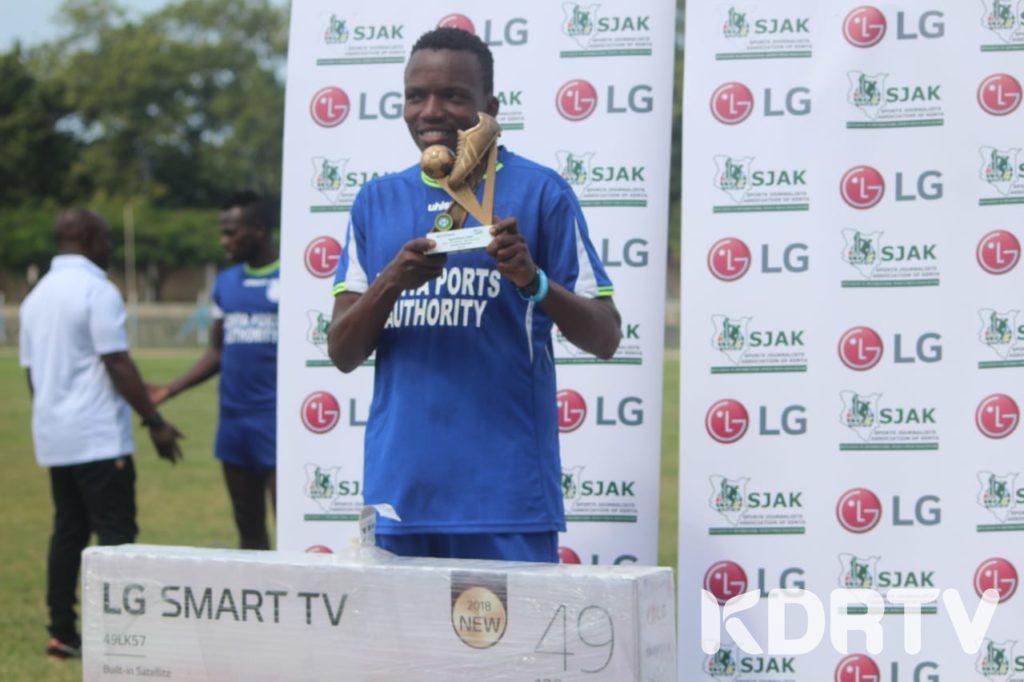 The former Zoo Kericho man scored a total of 5 goals in nine matches played in May and ten in overall that helped his side finish just a place above the chop.

In a event held at the Mbaraki Sports Ground,the former Zoo man expressed his delight and further promising to do much better with his new employer saying;

“I am so pleased to win this award,it was indeed  a tough month for us because we were fighting relegation and we needed to avoid going down. I am honored that my efforts has been recognized today though not with Zoo but now at Bandari”.

Chetanbe further added; “I hope to carry on the good performance with Bandari and help the team win titles this season. It is going to be a tough season since we have the CAF Confederation Cup, the league, Super Cup and also defending the Shield. So far am enjoying my stay in Bandari and I promise the fans good results in the new season.”

Chetambe managed a total of 19 votes to beat of Tusker duo of Boniface Muchiri and David Majak who came in second and third respectively.