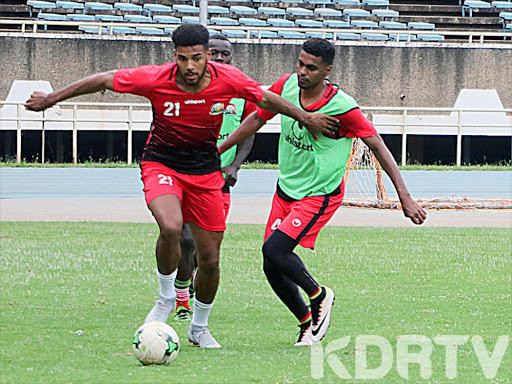 (KDRTV) – High flying Kenyan Strike Jona Ayunga has sealed a move to League One side Bristol Rovers from non league side Havant and Waterlooville. Ayunga has signed a 2-year deal.

Ayunga has been in rich goalscoring form last season finishing as the Nation League South Top scorer with 17 goals. He also scored five more goals in the cup competitions.

Bristols boss Ben Garner was delighted that the club had beat off competition to get their man.

“Given the season he has just had there was interest from a number of EFL clubs and we are very pleased that we have managed to agree on a deal that will see Jonah play here at Rovers. has had an outstanding season in front of goal and I’ve been really impressed by both his desire to join us and his hunger to improve,” Garner told the club’s official website.

Ayunga said that he was convinced to join the club after a chat with the coach.

“I have chats with Ben (Bristols Manager) and hearing the plan that he has for both me and the club and where he wants to go showed me that this is a good place to be,” the player said.

The striker, who once turned out for EPL side Brighton & Hove Albion Academy, was first called to the Harambee Stars team in August 2016 by coach Stanley Okumu. However, he did not feature in any match.

Read Also: Kenya placed in Group G ahead of the 2021 Africa Cup Of Nations Qualifiers

In 2018, coach Francis Kimanzi called him to the u23 side for Olympic qualifiers against Mauritius but did not feature in the double legged tie. He has a chance to impress Kimanzi ahead of a busy international schedule in the coming year.