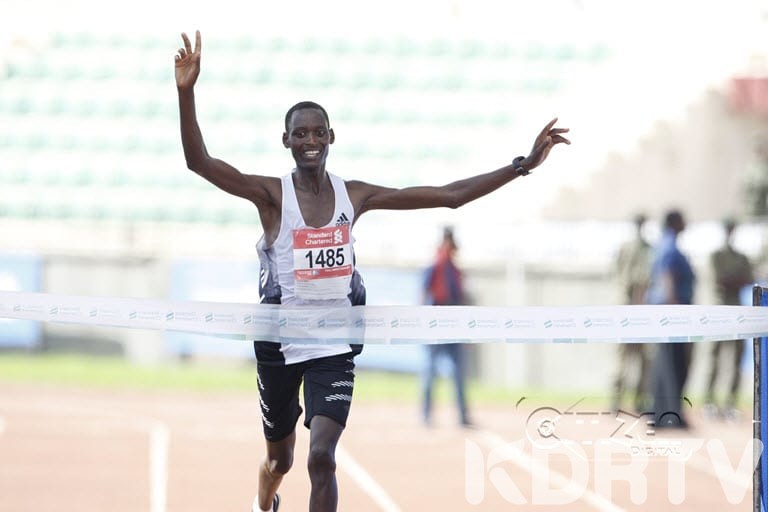 The Nairobi Stanchart marathon has come to an end, with Brimin Kipkorir and Purity Changwony pocketing Sh 2 million each as winners in men and women categories.

The 42 kilometer race was taken by Brimin Kipkorir,  Stephen Kipchirchir and Victor Serem who were in a stiff competition but came out  in first, second and third positions respectively.

Kipkorir after the big win narrated that the race was good, adding that he would take a few week’s break before starting preparations for a February race, 2020.

“The race was superb with the good weather complimenting. I want to take two weeks break then start preparations for another big race in February,” he said.

Purity Changwony on the other hand won the women’s race and finished at 2:33:30.

The race that was scheduled for today, Sunday 27, saw to it that major roads were closed and things brought to a standstill as the runners took their positions to represent.

The scheduled race was advertised weeks ago, with registrations scheduled for interested people. Ideally, it was a race for a good course which included raise the profile of Kenya internationally, identify and nurture talent as well as boost tourism.