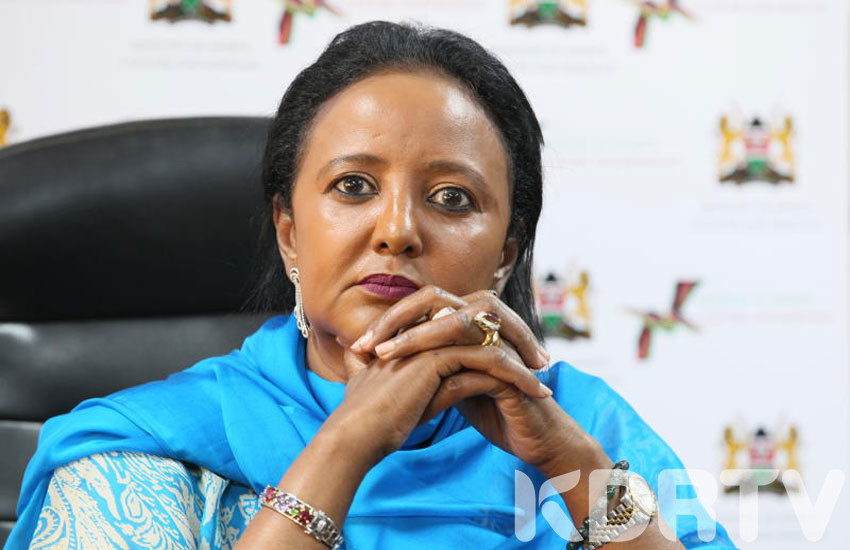 Sports Cabinet Secretary Amina Mohamed has threatened to sue the standard over an article published alleging that the Sports ministry had neglected the National Netball Team in South Africa.

In an article published by the standard and several media outlets, it was speculated that the Government through the ministry of sports  had failed to pay accommodation fees for the Netball team that was representing the African championship, hence leaving them stranded.

According to the publication, the team that traveled last week on Thursday was only aided in getting tickets together with the visas, with the support ending immediately after they traveled.

At the same time, it was speculated that the tea was turned away as they tried to check in into their hotel, with the Capetown based hotel citing that no payment had been done.

Carol Radul, a popular media personality broke the news, adding that the team was forced to take a shower at the match venue where they played their first match against Tanzania on an empty stomach, with a good Samaritan coming to their rescue by feeding them milk and bread.

Through her lawyer Donald Kipkorir, the Sports CS demanded an apology terming the news fake and propagated propaganda, with the publications pulled out within a day.

In the same event, it was reported that journalists were barred from attending and were flashed out.