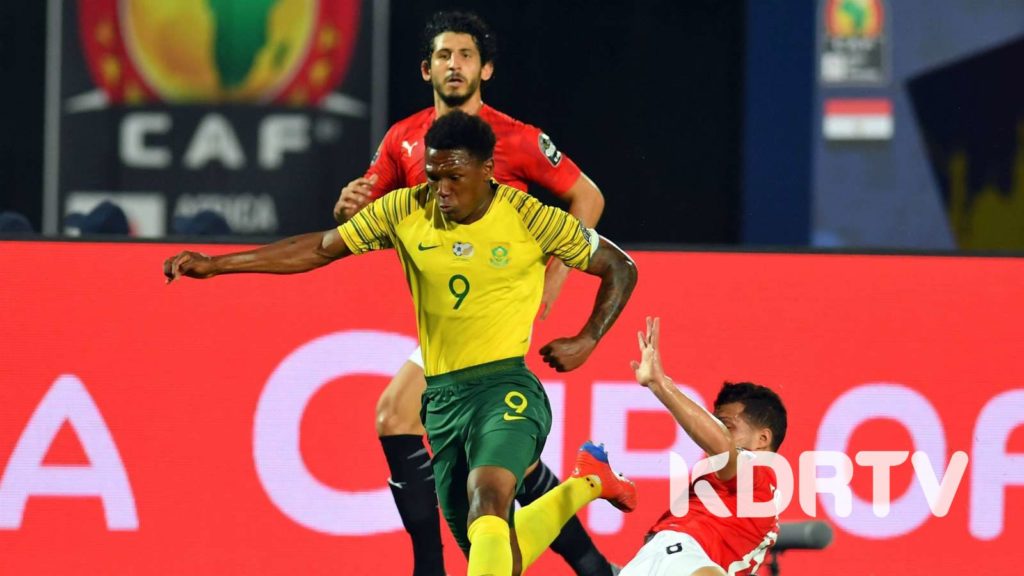 South Africa vs Egypt in AFCON 2019. Mothiba in motion

The RC Strasbourg forward man, Lebogang Mothiba has disclosed that he is not constrained to open his scoring account for Bafana Bafana at the AFCON 2019 finals.

According to him, Bafana Bafana will do everything to beat Super Eagles of Nigeria.

KDRTV understand that Bafana Bafana is rejuvenated with high spirits after dumping the tournament host Egypt in the Round of 16, the Mothiba and insisted on maintaining the positive performance.

“In the match against Egypt, everyone gave 100 percent effort and focus and now we need to keep that going,” Mothiba said the Safa website.

“The win over Egypt galvanised the spirits and we are all looking forward to the next game against Nigeria. We need that positive mentality. The coach has insisted that we should maintain that positive attitude.

“The coach knows what we need to do against Nigeria. The boss is in charge of that, we will follow his instructions. For the match against Egypt, the coach really pushed us and we are ready for Nigeria and we want to give everything,” he added.

On the other side, the Super Eagles are rejuvenated as well after the players were awarded huge sums of money by the Lagos government and others.

The battle between Super Eagles and Bafana Bafana is anticipated to be a tough one.