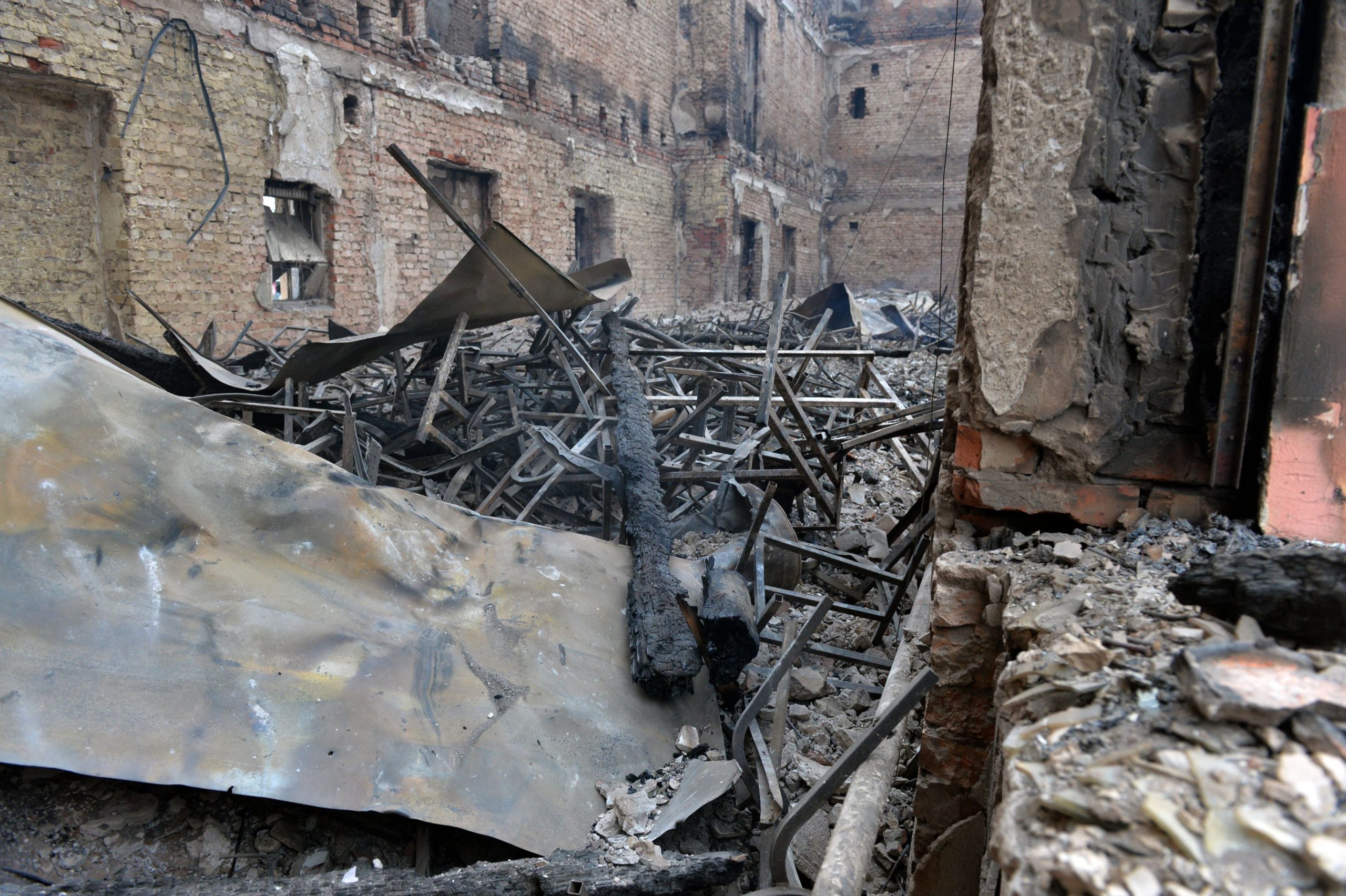 Kharkiv destruction
A regional leader in Ukraine’s second-biggest city, Kharkiv, said Monday at least 11 civilians were killed and dozens injured by Russian shelling of the city. https://cbsn.ws/3HveXTA
Ukrainian officials announced Monday that dozens of civilians were killed and hundreds more wounded when Russian forces began firing at civilian areas in Kharkiv, Ukraine’s second-largest city. Oleh Synehubov, head of the Kharkiv Regional State Administration, called the attacks “a war crime,” saying “the Russian enemy is shelling entire residential areas of Kharkiv, where there is no critical infrastructure, where there are no positions of the Armed Forces of Ukraine that the Russians could aim at.” Delegations from Ukraine and Russia met in Belarus on Monday morning in an attempt to negotiate a ceasefire, as Russia’s stock exchange remains closed and the ruble plummets.
What you need to know
Fighting and missile attacks continue in multiple cities – On Monday, Putin told French President Emmanuel Macron he’ll stop strikes against civilian targets, according to the Elysée – Talks between Ukraine and Russia are ongoing in Belarus – President Zelenskyy has asked the European Union to fast track Ukraine’s entry into the bloc – The ruble plummets as countries continue to escalate sanctions on Russia’s economy
The US says Russia is firing more indiscriminately, citing missiles lobbed at Chernihiv, located roughly 100 miles northeast of Kyiv. But Russia does not yet appear to be employed on a wide scale the same tactics of routinely targeting civilians as in Syria.
Read more: World’s Largest Cargo Plane Destroyed In Russian Attack
“According to the Elysée, Russian President Vladimir Putin told French President Emmanuel Macron on Monday that he’ll stop strikes against civilian targets. Putin also told Macron he’ll preserve civilian infrastructure to secure main roads, including the road south of Kyiv, according to the French government. Macron and Putin will speak again this week.
Subscribe to watch latests videos
In this article:Headlines, Russia-Ukraine conflict