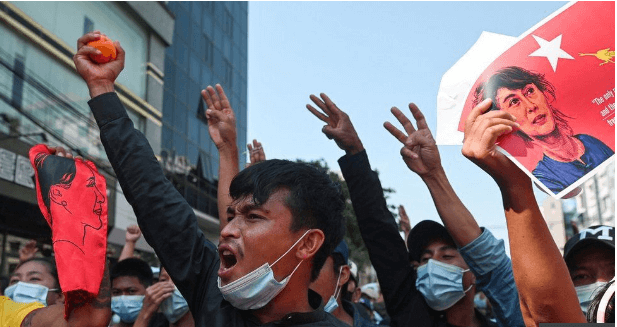 Zaw is an ally of deposed Myanmar leader Aung San Suu Kyi who was detained after winning the election in February.

The Myanmar military then took over the country after claiming that the elections were fraudulent.

However, the election agency in the country refuted claims of fraudulent in the election.

Ba Myo Thein, a legislature in the dissolved upper house said to Reuters that the party official was arrested at about 1:30 a.m (1900 UTC) and had since died.

“He’s been participating continuously in the protests,” he said. “Now, the relatives are trying to retrieve the body at the Military Hospital.”

Since the military leader launched the coup and announced a one-year-long state of emergency, the Myanmar people have been staging rallies in a various street in the country.

Since the beginning of the riots, more than 1700 people have been detained in Myanmar by the military

Several people have also been killed as the protests turned violent and bloody.

The United Nations has imposed various sanctions on Myanmar military leaders who are behind the coup.

Again, regional communities have also imposed sanctions on the coup leaders, however, they are adamant.