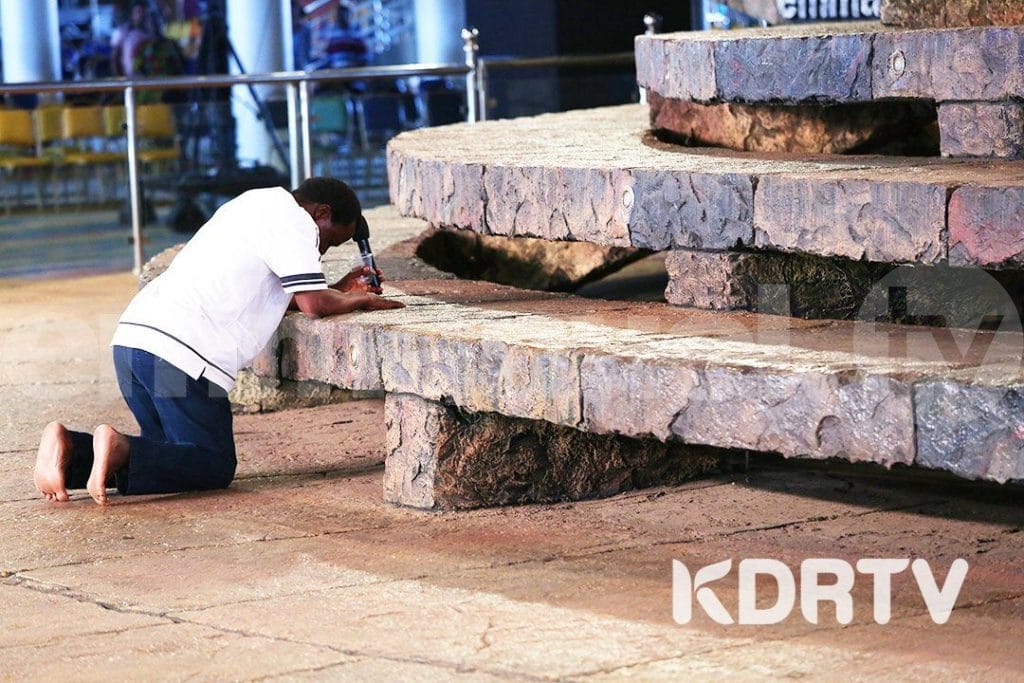 Prophet Temitope Balogun Joshua, founder of the Synagogue Church of All Nations has asks Nigerians to pray for their President, Muhammadu Buhari and for Nigeria as well.

TB Joshua revealed that he was going to share a vision regarding the president and the nation, which was revealed to him a couple of weeks ago.

According to the cleric, he saw seraphim coming down alongside rain, symbolizing freshness and calmness.

The man of God made the request during a live broadcast at his Church`s International headhunters at Ikotun Egbe, Lagos on Sunday 7, July (As reported by the Tribune)

According to the cleric, the main purpose of praying for the President is to plead with God to give him the wisdom to govern the country with wisdom.

“Ask God to protect and fill him with wisdom enough to lead this nation. In my vision, I saw the seraphim coming down with rain. This rain comes with freshness and calmness. Nigeria, let us pray

On the end, KDRTV understands that an evangelism outreach of the Prophet to Israel city, Nazareth was rejected by religious leaders and locals.

An Israeli medium, Haaretz asserted that Joshua was billed to host the ‘Nazareth Meeting with TB Joshua’ on June 23 and 24 at Mount Precipice.