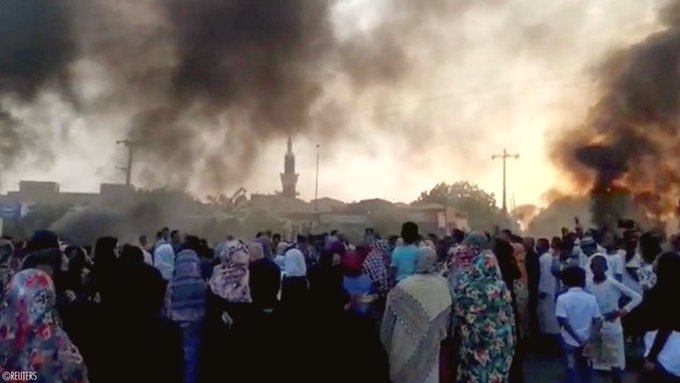 Protestors who spoke to KDRTV affirmed that they would not leave the streets until the restoration of civilian rule.

A report by BBC News indicated that at least ten people had been killed and dozens injured after soldiers opened fire on protestors.

Currently, the military has deployed security and unit to block the bridges connecting the city.

The government adviser has gone into hiding to avoid arrest; has described the situation in the country.

The coup took place after a long odd between the civilians and military leaders who have been sharing power since the ouster of former long-serving president al-Bashir.

The military dissolved the government and detained the civilian leaders.

The US, UK, UN, and Arab League condemned the military coup in Sudan